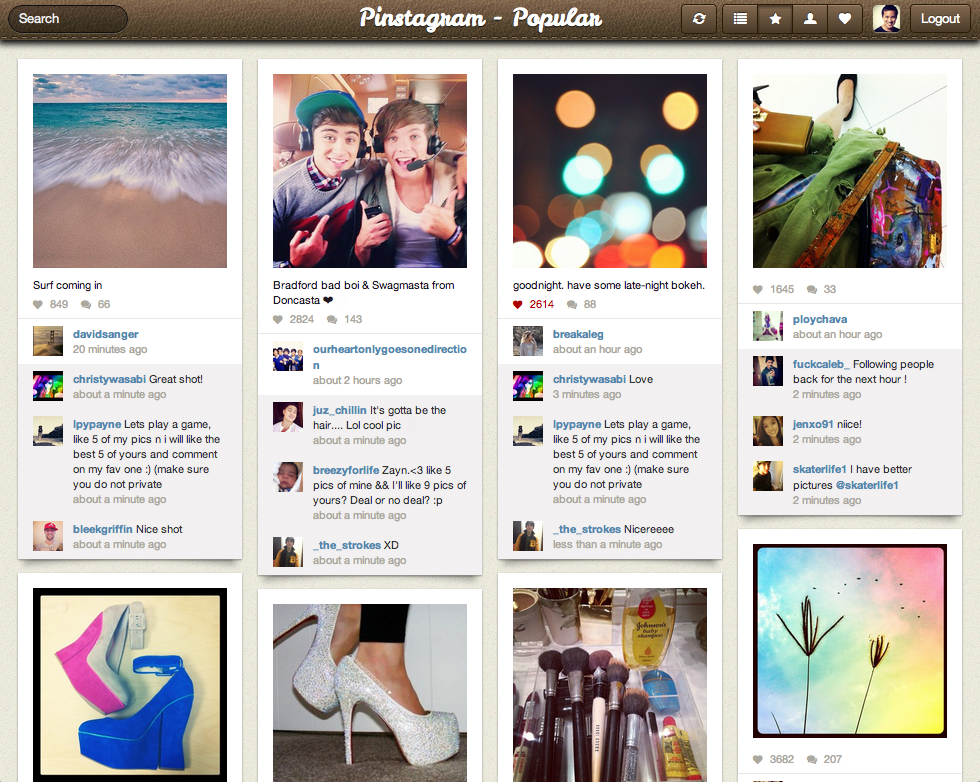 Yesterday marked the launch of a new way of easily viewing your Instagram photos on the web. Pinstagram, known as the “Pinterest for Instagram,” began as a joke between Silicon Valley entrepreneurs Pek Pongpaet and Brandon Leonardo. The service simply logs in to your Instagram account and after a few clicks you’re viewing your feed, most popular, and favorite images in the slick new web app.

Joke or not, the idea continued to amuse the pair enough that they decided to hold an impromptu weekend hack-a-thon, at the end of which they had completed the site as it is today.

The more I thought about it, the more I actually wanted to use such a product for myself. Early in the weekend I decided to start working on it. I got a design and some basic front end working and showed it to Brandon and he decided to join me in working on it. By the end of the weekend, we had our basic Pinstagram site up.

When asked about the advantages of their service over websites like Gramfeed or Instagram itself, Leonardo highlighted their Pinstagram’s desktop focus and design as being key.

As with anything Pek designs, user experience and visual design are important factors. With Pinstagram, we’re providing Instagram users with the whole experience (minus the posting of photos), just designed from the ground up to be a web/desktop experience. 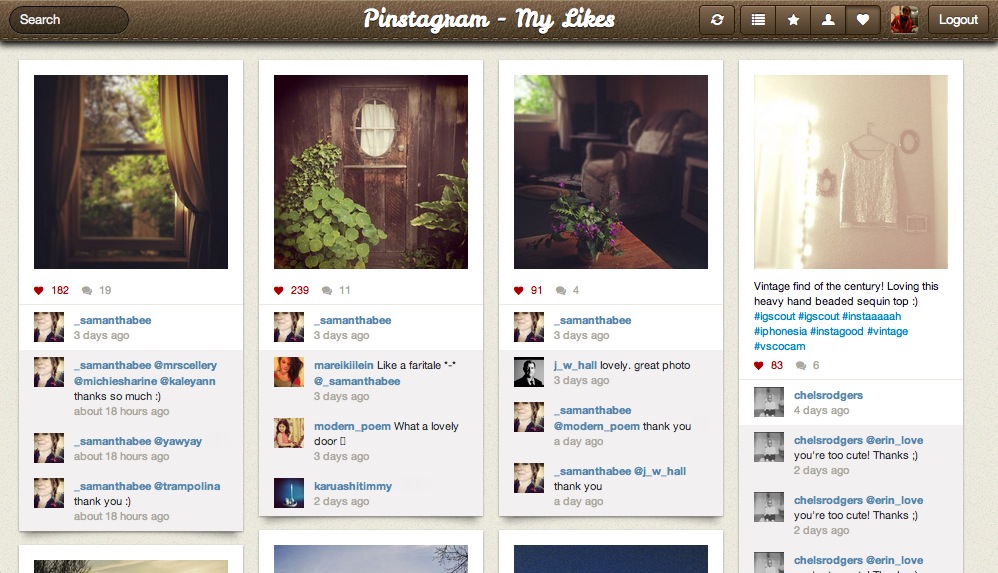 Pongpaet believes Pinstagram can serve as a lesson for anyone who’s ever dismissed the kind of joking ideas that can potentially lead to something bigger. “To those of you thinking about doing something, don’t think, just do it,” he wrote. “We could have just talked about this idea in passing but we decided to just roll up our sleeves and  bring it into existence.”

After tooling around the website for a bit, I have to admit the design is very slick. It’s a handy way to view your Instagram feed on the web, and looking at all of my “liked” pictures, arranged so neatly and cleanly, is certainly a more pleasant experience than scrolling through the tiny thumbnails on my phone. I only had a few hiccups where scrolling reloaded pictures in a loop, but other than that the site design and functionality are both pretty stellar. I’d say that’s not half bad for a weekend project.