New Physical Feedback In Gaming Is Right Under Your FingerTips 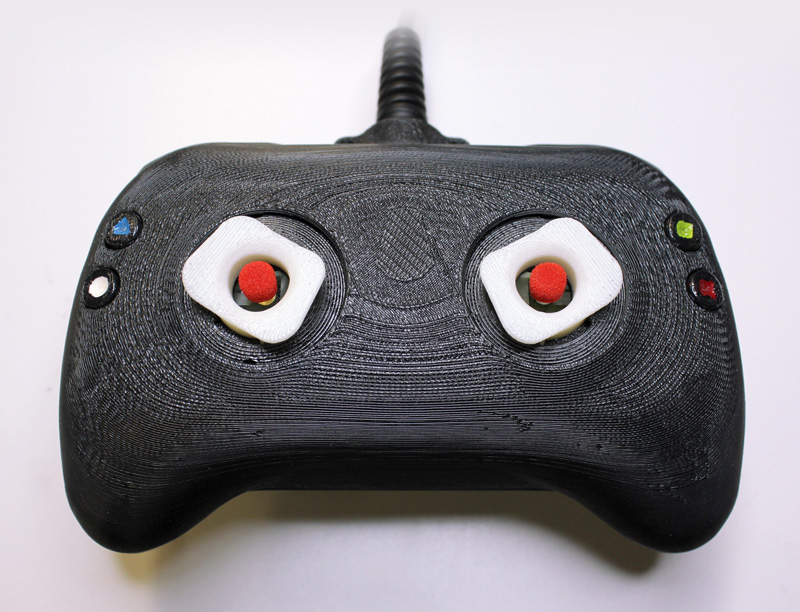 Since the rumble packs back in the days of the Nintendo 64, physical feedback in gaming hasn’t much changed, apart from now being integrated into a controller’s design as a standard.The University of Utah is working on a new kind of feedback for gaming controllers. Utah’s controller still vibrates, but its joysticks have little red nubs, called tactors, built into the center of them to give sensory feedback to the tips of a gamer’s thumbs.

This feedback can simulate movements like crawling, shooting a gun, or the rise and fall of an ocean tide. The video below demonstrates the many kind of movements that can be simulated by the controller’s tactors; the most interesting being their fishing simulator called “Feelin’ Fishy” which not only features badass Final Fantasy battle music, but showcases a practical implementation of the new tech within a game. The tactors’ movement after casting provide feedback to help cue the player on when to start reeling in the fish, and change directions accordingly.

The technology is certainly interesting. It solves the problem of creating feedback without actually putting resistance on the directional movement of the joysticks themselves, which I can only imagine would be aggravating, at the very least. William Provancer, an associate professor mechanical engineering working on the project, hopes to bring the new control to smartphones; a device could attach like a case with each analog stick placed on either side of the screen lengthwise. Into the future,  Provancher hopes to develop more sophisticated thumb-tugging feedback that will correspond with audio and visual cues in-game.

Gaming needs a new kind of gameplay feedback.  The only time I ever really notice it shaking in my hands is when the battery dies and I have to dig out the cord to plug it in. After so many years of rumbling and rattling I’m definitely ready for the future of sensory feedback; my thumbs could use a nice massage.