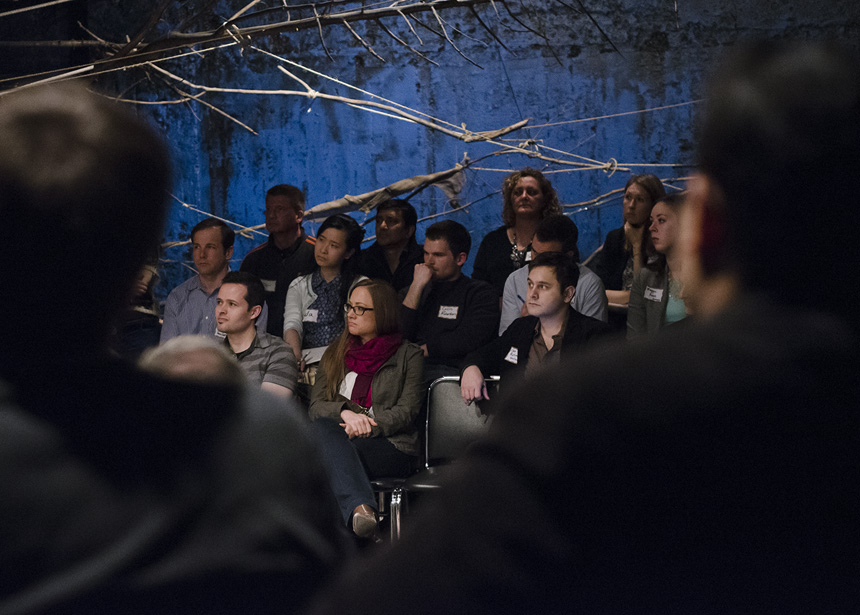 An intimate crowd of entrepreneurs, developers and investors gathered in the basement of Chopin Theater in Wicker Park Tuesday night seeking direction from startup and investment experts.

The Entrepreneurs Unpluggd event, entitled “When, Where, How to Get Investors for Your Startup,” was led by Chicago entrepreneurs Stella Fayman and Tim Jahn.

Ninis Samuel and Mike Dorrance are new members of the Chicago startup community and said they wanted to know: How do you quantify the value of your company? They both wanted to meet curious and like-minded entrepreneurs seeking the answers toward growth.

“I’m lucky that this was my first event,” Samuel said. “There wasn’t a whole lot of fluff, just a lot of really good, useful advice.” While the presenters shared a wide range of advice, they shared a common thread: Entrepreneurship and growth through investment is a process and is contingent on how you build your network over time. Here are the stories the attendees heard, and the recommendations they were given. 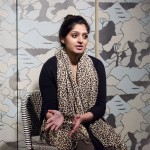 Sonali Lamba – Co-founder of Brideside.me
Sonali brought the “early stage, novice perspective,” she said. But in Tuesday’s crowd, Lamba’s experience resonated as many of the attendees were looking for even the first step in interacting with investors. Her trajectory, her story, appealed to many.

In her bootstrapping phase, she said she threw $200- $300 in the hat to fund her venture and created a 60 second video to talk to customers. She soon saw the potential for more.

She applied to incubators with her co-founder, Nicole Staple, and secured a space at DreamIt Ventures in Philadelphia, where Lamba said her financing efforts were kick started. She said the community “kept her feet to the fire, but also treated her [like an investor would].”

Here, she met her mentor Daniel Erlbaum, who was a founder of David’s Bridal. Her mentor soon became her first investor. Earlbaum told Lamba that “investing in the company was superfluous.”

“He was investing in Nicole and I,” Lamba said, foreshadowing a key theme of the evening’s presentation: Overall it is about the people and the long-term network you can nourish. After the initial investor, and investments from friends and family, she is now seeking to raise between $750,000 and $1 million in investments. “Know your go-to market strategy when you talk to investors,” she said, giving the audience three big tips for talking to investors:

1. Know your market and have multiple versions of your pitch and slide decks.
2. Know your competitors and why you’re different.
3. Don’t be afraid to turn money away if it is not good money or smart money. Your investors have to be on board with what you do.

“I was perfectly happy bootstrapping, and staying perfectly lean,” Lamba said, until she made sure she was ready to expand and take on bigger, and smarter, investments. 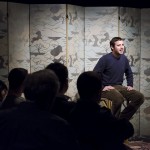 Uzi Shmilovici – Founder of Base

“You have to understand your industry and what industry you’ve playing in,” Shmilovici said. This is something Lamba has proven to do quite well. Shmilovici’s wants to be a leader in his own industry, in CRM (Customer Relationship Management) software. Whereas he initially valued his company at $300K, after business development and investor interaction, he found the true value and potential of his company to be much higher.

“Word of mouth between the relatively small angel community” had him bring this value closer to $1.1 million, a point he capped his investment goals at to prevent his company from diluting, he said.

He said the most important thing was to keep relationships with the people you talk to in the first round even if you don’t do business with them. He would “experiment” with third and fourth tier venture capitalists and keep a running document of questions they would ask. Every new question he received, he would add to the document.

This has not only brought him investor interest, but also has made his company the number one CRM on mobile, he said. His revenue is growing exponentially and his team has grown to 72 people, when he had only a few employees as few as three months ago.

What Shmilovici and Lamba had in common: Patience and perseverance to make the long journey of raising money a learning process. With each step, they built a stronger platform on which to launch their company. They were not only careful in their negotiations, they were meticulous about upholding their relationships. 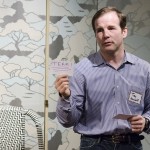 Troy Henikoff – Managing Director, TechStars
Henikoff, the final presenter, tied together the lessons of Lamba and Shmilovici into focused advice that he had scratched onto note cards with a purple marker. “The number one thing that you should walk away with,” he said, “is that this is about building relationships.”

“It’s a long journey. A generational journey.” Which was apparent by the three generations of entrepreneurs presenting their struggles and successes, with each sharing similar findings. Henikoff summarized his findings into 15 big points:

1. Raising money is really difficult.
2. There is an inherent difference between angel investors, venture capitalists, and private equity investors. They all have different approaches to investments and are willing to take on different degrees of risks, so it is important for you to know these differences. He recommended reading Venture Deals by Brad Feld and Jason Mendelson to understand how to negotiate your first term sheet.

3. “Customer capital is the best form of capital,” he said. Those who will pay for what you do are the most important to you! Shmilovici said this came difficult for his company at the beginning, but saw much greater potential of tapping into his industry with greater industry research.

4. Don’t oversell yourself! Investors are concerned about your trajectory, so it’s most important to share just as much as you can to get their interest at the first meeting. After all, you want something to show for the second, third and fourth meetings.

6. Again, raising money is really difficult, and takes a lot of time.

7. No investor will invest in everything. Seek your investors wisely. Shmilovici said earlier, being told “no” is a learning opportunity, and furthermore, you’re more likely to get value from investors that understand your industry. And Lamba also said to nodon’t be quick to follow money for the sake of money. Find investors that fit just right.

8. Ask for advice. Don’t ask for money from investors right away, ask for advice. “You will learn so much about them and what they care about, and you may end up getting money,” Henikoff said. Learning about your investors is important, Shmilovici said. He went as far as watching videos of previous speeches his investors gave before each meeting to get a feel for who they were.

10. Never, ever bullshit. It’s ok to not know the answer. In fact, it says, “Now I can get back to you,” allow you to get the facts right, and lead to a second conversation.

11. No is a good answer. Yes is a great answer. Maybe is a terrible answer because it doesn’t get you to anywhere you have to go, and the hard thing is that good venture capitalists rarely say no. So try to get a solid answer.

12. Focus on value added. There may be several people who want to throw money into your company, but think back to what Lamba said: Make sure these investments are right for you. Make sure they add value.

13. Henikoff also quoted Food Genius: “Manage the process. Don’t let the process manage you.” Set clear goals and dates. Make sure that you’e able to leverage and negotiate – don’t have your back against the wall, or have a dry bank account, because “cash is oxygen to a business,” he said.

14. Keep your investors updated! If you are e-mailing them every 4-6 weeks, they’ll be less surprised when there are huge new developments or staff changes.

Mike Dorrance said the event helped him understand metrics and determine what each type of investor would want. But beyond that, he said it the given advice can help “show your vision and determination” as an entrepreneur.

Henikoff reminded the group, again, that “investors are betting on the team. It’s about the people.”  The network of investors builds along with the journey of being an entrepreneur, and it is “way harder than you ever think it could be,” Henikoff said, and Shmilovici said it takes “effort, strength and stamina.”

Whether you’re a novice like Lamba or looking to be a big dog in a specific market like Shmilovici, Henikoff said the road to entrepreneurial growth comes from having a long-term vision, with the most success sparking from the ability to nourish a stable network, as you never know who you will work with down the road: who will write you a check, be your next co-founder or who may lead you to your next investor.*