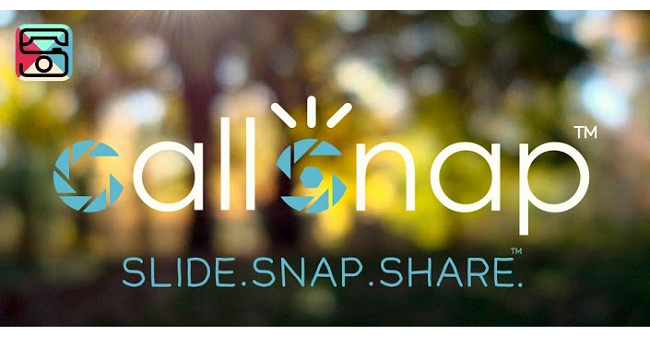 Everything about a mobile phone has changed rapidly, except the way we answer calls, Chicago-based TIP Solutions argues. The teams sees the future of calling to be far more efficient, and has patented technology to help them carry out this goal.

The team launched Call Snap, an Android app that allows users to reply to incoming calls with instantaneous texts, photos or voice recordings. Media can be taken manually or users can choose a generic response to send. It has garnered 80,000 users for the free app since its summer launch.

It helps users tell callers that the user is currently busy, along with what they are doing. While CallSnap is marketed for more fun uses like photo-sharing, many of TIP Solution products show enterprise value.

“You’re no longer calling a place, you’re calling a person, and that person’s always busy,” Unetich said. “It used to be that to do a Skype call you would arrange that ahead of time, and now people are receiving calls from Skype-to-Skype, out of the blue.”

TIP Solutions also creates services embedded into smartphones, such as a “Smart Calls” platform that lets you tell a call to hold on while you duck out of a meeting or a quiet space. It also lets you let a caller know that you’ve received their call if you cannot take it, then proceeds to schedule a reminder for you to call them back.

The team currently targets expansion in China and India, where Android sales are rising as Android phones tend to be far cheaper that Apple iPhones. Unetich said the team is working with a major operator in China to embed TIP solution services into new phones.

“India and China are two of the world’s fastest growing mobile markets,” he said. “Smart Calls in the U.S. partnerships have taken a back seat because the resources into those markets.”

“Not that many chicago-based companies that are selling into or setting up shop into two of the world’s biggest markets.”

The team also is working on a number of other call efficiency apps, including a “Very Important Contact” service to allow you to silence all calls except from the numbers you need to answer — something that could be very helpful in keep you asleep at night while waiting for calls. CALLcheck will be available in March, and will track calls and messages made to your phone while the device was off network. Usually, traces of these calls are lost when re-entering networks.

The company has six patents approved and six patents pending. It has also secured $3 million in angel funding to date. This January, TIP Solutions will announce a celebrity sponsor to help promote its new waves of technologies to make a splash in the U.S. and worldwide.

Forget Looking To The Valley – Keep Your Talent In Town

Looking Back: How Others’ Ingenuity Has Impacted Today’s Technology