Looking Back: How Others’ Ingenuity Has Impacted Today’s Technology

Some ideas are so groundbreaking that they drastically reshape the world we live in, and some inventions and technological developments have become such an enormous presence in our lives that we often take them for granted. Consider the telephone, the internet, or the various media that we entertain ourselves with… These are things that have become so ubiquitous that it’s often hard to conceive of a life without them.

But before these things existed in any material form they were merely conceptions — or thoughts, or impulses, or fantasies. What’s even harder than trying to imagine a world without the telephone, is imagining how Alexander Graham Bell imagined the telephone.

Bell is an example of the elite class of innovators who played an integral role in elevating the potential of society through their technological advancements. Below, we’ll look at three more geniuses who also played an active role in shaping the modern world.

Just imagine a world before recorded music. How many times would anyone hear a given song throughout the course of a lifetime? Today, we can easily stream MP3s and exchange digital sound files via bittorrenting. But before the digital age, we had analog recording — sound waves physically embedded in a medium — whether magnetic tape, or vinyl, or wax. We wouldn’t have any of that without the ingenuity of Thomas Edison.

By the time of his death, Thomas Edison had 1,093 patents under his belt. His inventions permanently changed the world as we know it, and include: the electric light bulb, the phonograph, the kinetograph (a primitive motion picture camera), and the kinetoscope (a primitive film viewing device).

Every time you plug anything into the electrical outlets in your home, you ought to think about Nikola Tesla, who was Edison’s partner, and eventual rival.

Tesla was a Serbian-born American physicist and electrical/mechanical engineer. He left his native Serbia to permanently reside in the United States in 1884, and became a celebrity in New York City. He became known for highly theatrical, dramatic demonstrations in his laboratory. Among those who attended such demonstrations were Mark Twain, the famous actress Sarah Bernhardt, and former U.S. President Teddy Roosevelt. It was around this time that Tesla started to work with Edison.

Tesla is the inventor of alternating current (AC) electricity. This was, incidentally, what caused the split between Tesla and Edison, as Edison had set the industry standard by making the first commercial transmission of electrical power using direct current (DC). The two were competing at a time when the world hadn’t yet fully developed the infrastructure for electrically powering homes.

Tesla wowed the public, and gained leverage in his competition with Edison, by powering the Chicago World’s Fair with AC power in 1893. Shortly thereafter, Tesla, along with partner George Westinghouse, created the world’s first hydroelectric system at Niagara Falls.

Tesla eventually formed a partnership with banking giant J.P. Morgan, and nearly made history again in 1901 with Wardenclyffe, which was supposed to be the world’s first global communications system, capable of transmitting sounds and images, and was supposed to send the world’s first transatlantic wireless signal. Wardenclyffe never fully came into fruition, but regardless, Tesla’s contributions are just as meaningful to this day, as it is still AC which we use to power our grids in the United States. 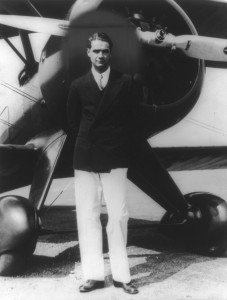 There are few figures in American history who were as inspiring, or as enigmatic, as Howard Hughes. The business magnate made significant contributions to several industries, including: aviation and aeronautics, filmmaking, and towards the end of his life, satellite technology.

Transcontinental communications are relatively simple now. We can email freely across the globe, or make use of video chat platforms — but what was it like before the internet? And forget about the internet — what about life in a time before satellite transmissions? Thank Howard Hughes.

He founded the Hughes Aircraft Company in 1932, primarily for developing aircraft technology to be used for military purposes. It was around this time that he began work developing his massive H-4 Hercules (or “Spruce Goose”) carrier, which was intended to function as both an aircraft and a boat. Ultimately, the project didn’t materialize as anyone had hoped, but Hughes did make other notable accomplishments in the world of aviation, including breaking several flight time records, including the fastest transcontinental flight.

1961 saw the formation of the Hughes Communications and Space company (a subsidiary of Hughes Aircraft Company) so that Hughes could collaborate with NASA on a rather special experiment: the Syncom project. The Syncom project ultimately yielded the world’s first geosynchronous satellite (Syncom 2 in 1963) and the world’s first geostationary satellite (Syncom 3 in 1964). This was the first step towards building the geosynchronous satellite communication network that ultimately allowed for the development of the internet, satellite television, and cellular communications. Hughesnet, which is a subsidiary of Hughes Space and Communications, made history in 1996 when the company made satellite internet commercially available to the general public.

Just imagine a world without the internet, television, or electrical power in your home. We certainly couldn’t stream mp3s off of sites like Youtube without the contributions of Edison, Tesla, and Hughes. There would be no mp3s, no reliable source of electricity in our homes, and certainly no internet.

But the question, of course, is what lies ahead? What will the next breakthrough be? When will it be? How might it reshape the world we live in? 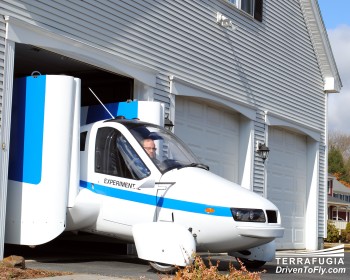 One highly innovative company to watch out for is Terrafugia, an independent Massachusetts-based team of prize-winning Massachusetts Institute of Technology graduates.  Effectively making real life more like the Jetsons, Terrafugia is developing the Transition — a compact plane/car hybrid, expected to become available on the market in 2015 or 2016. It made its maiden flight in March of 2009 at the Plattsburgh International Airport, and stayed up in the air for 37 seconds.

Or consider the development of augmented reality, where our handheld devices interact with, and inform us about, the physical world around us. Or perhaps the development of solar fuel, which could convert solar energy into a liquid fuel to power our vehicles and appliances.

A contemporary technology giant, who has shifted his attention to humanitarian applications of technology, is, of course, Bill Gates. Many know him as the founder of Microsoft, and for his $67 billion fortune. But what some people don’t realize is that Gates is currently hard at work trying to eradicate some of the world’s most dangerous diseases…he’s even predicted the eradication of Polio by 2018. He’s invented a self-contained super-thermos that is capable of storing enough vaccine for 200 children, and the device can keep vaccines chilled for up to 50 days without the aid of a battery or external power supply.

Who knows what the world will look like in 15 years’ time? 25? 50? Technology has been developing at such an incredible pace. How can today’s entrepreneurs fuel the next wave of innovation? Who will be the Edison’s, Tesla’s and Hughes’ of today?

About the Author: Kate Voss

Kate Voss is an entertainment writer from Chicago who has written extensively on white space technology and other technological advancements.  You can follow her on Twitter here.