Last month the U.S. Navy began testing on an electromagnetic railgun built by BAE Systems. The Navy is hoping to use the weapon as the future of defensive technology on their battleships. The testing will take place over two months at Naval Surface Warfare Center in Dahlgren, Virginia, where researchers hope to “evaluate the barrel life and structural integrity of the prototype system.” 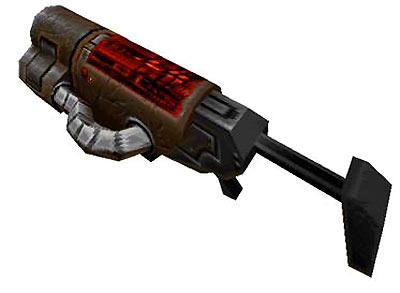 The launcher works using electricity to propel its projectiles, as opposed to standard chemical explosions. The electromagnetic railgun is reported to launch projectiles at speeds ranging from 4,500 to 5,600 mph. In comparison, a bullet on average travels at about 680 mph. Because of the drastically improved velocity of the projectiles, the railgun will be able to hit targets at much farther ranges. The navy is hoping the final railgun will be able to accurately hit targets within the range of 50 to 100 nautical miles away.

The Navy began testing railgun technology back in early 2008 with a 10.64 megajoule launcher, and continues to develop the weapon specifically for precision-strike purposes. The branch has pursued railgun technology because of the added advantage of its ammo not actually being explosive. The impact of the projectile at such an incredibly high speed causes its kinetic energy to be relatively equal to energy created by an explosion. The development of a fully functional railgun would allow the Navy not only to cut down on costs of manufacturing ammunition, but removes an explosive safety hazard for those using and transporting projectiles.

The launcher is capable of producing 32 megajoules, just one of which, according to Wikipedia, is equal to the force of a 200 lb car moving at 100 mph. The next step for the Navy’s railgun will be to create some kind of thermal management system to keep the gun from overheating. The Navy hopes to get the rate of fire for the weapon up to 10 rounds per minute.

A second electromagnetic launcher, built by General Atomics, is scheduled to be tested in April of this year.