Where Grindr, a geolocation mobile app for gay males that pivoted into Fab.com left off, Stagg is picking up. The new dating app has been in stealth for a year, and it launched this month to help gay men in cities across America find, rate, and date each other.

Stagg uses the company’s SONAR technology to locate men who are registered with the app in your area. The main differentiator between Grindr and Stagg is that Stagg gives contextual information about other users by comparing your compatibility. The app tells users what they have in common with other guys in their area, then rates the likelihood that they will get along.

Stagg is based out of Washington D.C., but the company’s SONAR technology is currently active in Chicago as well. 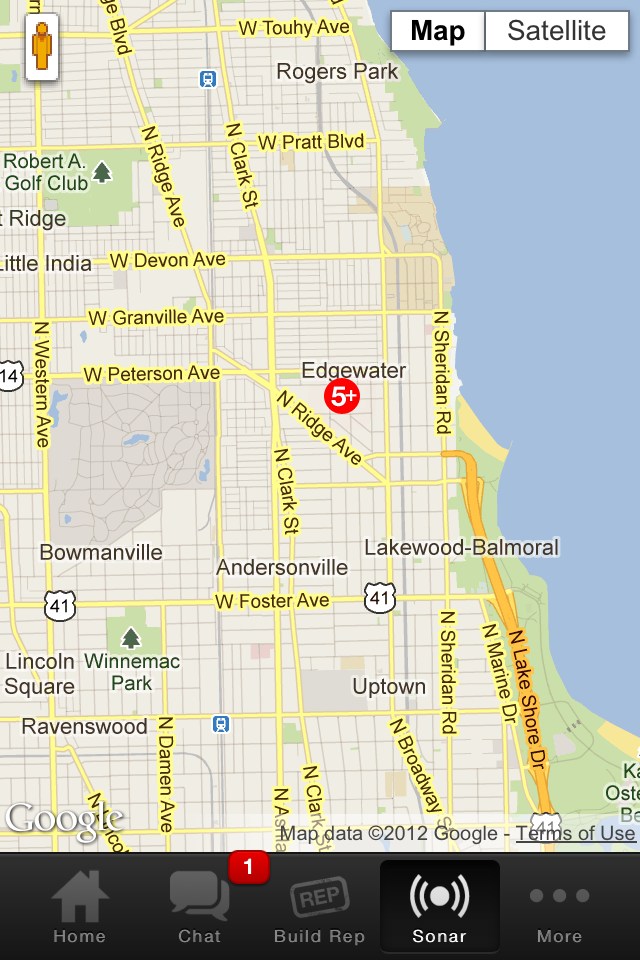 Stagg was built in response to a survey given to 537 gay men across America. The survey showed that most of the men who use mobile dating apps want to find a long-term partner, not just a one time hookup. Stagg answered this need by including additional information about each user to help gauge long-term couple potential:

Best Fit Scores is a feature that helps reveal compatibility ratings between members. The Rep System shows a mashup of members’ interests, likes, and personality traits. Finally, the SONAR technology is a mapping system that shows real-time geolocation updates to show the best place in your city for meeting guys in person.

“Knowing the distance between you and an attractive and available guy is great, but the next big step for apps is harnessing a smartphone’s ability to instantly run thousands of calculations to also reveal the potential for more,” said Brad Brenner, Ph.D., co-founder of Stagg and a psychologist with a private practice in Washington, D.C. “While first-generation mobile dating apps changed how gay men communicated and connected with each other almost overnight, Stagg distinctly advances the mobile dating experience,” continued Brenner.