Mineful Blows Away The Competition

Many startups begin in the same fashion: bootstrapping until they can find funding. And while they seek out these elusive monetary gains, they often end up becoming contestants in the game….quite literally. Thousands of contests and competitions have been conceived for startups and tech businesses, with the chance to bring money to the table and breathe life into bootstrapped companies.

If you enter one of these competitions, you’d better hope Mineful isn’t your competition.

This week, Mineful won the first round of Bloomberg Television’s weekly TechStars contest, a Facebook-based competition to become ‘the next big thing in tech’. Nine more rounds of first-run companies will compete for spots in the finals, where they will go up against the first week’s winner – Mineful. 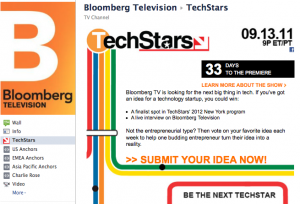 This isn’t Mineful’s first rodeo, as they launched at TechWeek and were semifinalists in the TechStars program. TechStars included an automatic application into Bloomberg TV’s contest, and they were one of the few chosen. It was a tight race right down to the wire, but Mineful pulled it off with success already in sight.

“I’ve been invited to speak at TED San Juan,” said CEO Jaime Brugueras, of the publicity he’s gotten from the competition. Brugueras has been blown away by the community support he’s received as a result. “It’s been such a blessing to have so much support from the Chicago community and friends of friends. I’ve connected with a lot of people.”

Mineful is an alert system for business owners to track customer loyalty. The simple, 4-step startup process allows clients to track customer issues through receiving alerts rather than reports. This gives clients a one-button interaction process to connect with their customers and solve problems. Mineful is currently available with a CRM and e-commerce focus, but they expect to expand to point-of-sale systems as well.

Keep an eye out for updates as the Bloomberg TV’s TechStars contest final round comes up so you can be sure to vote Mineful into yet another win.