This past weekend, Microsoft announced the U.S. finalists of its annual Imagine Cup, where high school and college students have been working to solve social issues through software development for the past decade. This year’s theme asked entrants to “imagine a world where technology helps solve the toughest problems.” 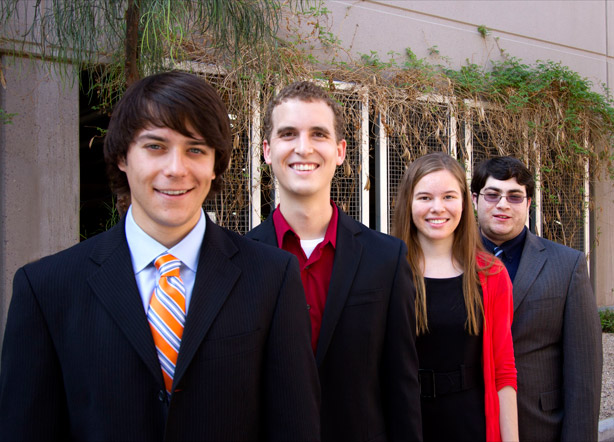 Twelve finalists were chosen across categories featuring both software and game design. The coveted first prize in software design went to the FlashFood team from Arizona State University. Along with the prize money, each of the 74 participating students received an Acer laptop and a Nokia Lumia 800 phone.

The team from ASU created a web application that allowed them to track and distribute perishable food leftover from restaurants and catering companies – a resource often ignored by food banks due to the delay between retrieval and distribution. FlashFood was able to develop a platform in which they could track and coordinate the process in real time via web apps and text messaging, allowing them to successfully deliver perishable food to families in need the same day it had been discarded.

The FlashFood team is comprised of Jake Irvin, Eric Lehnhardt, Katelyn Keberle, and former Imagine Cup entrant Steven Hernandez. The students came up with the project first for school, but upon hearing the theme of this year’s Imagine Cup decided it was a perfect fit for the competition.

Irvin described his anxiety over winning the competition in a Microsoft press release:

I was telling myself that even if we didn’t win first place, we did a really good job, and Microsoft has treated us really well. We really wanted to win, but we knew if we didn’t win, we’d still made it a long way and we talked to a lot of great people at Microsoft.

The finalists will go on to compete globally in Sydney, Australia this summer.

Do You Still Own Stuff You Upload To Google Drive?