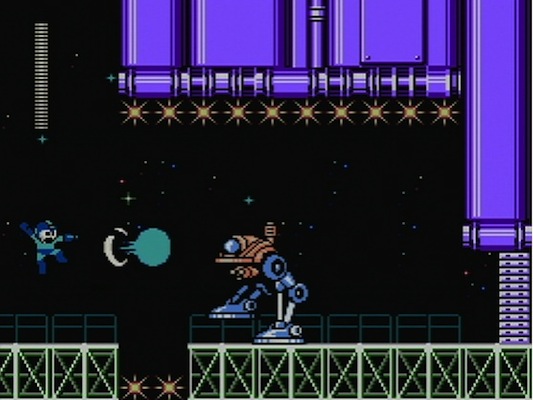 Back in July, possibly under the influence of alcohol, I tweeted “Mega Man 5 on Virtual Console. If MM2 worked with a German Riesling Kabinett, maybe MM5 with a Chilean late-harvest sauv blanc. #pretentious.” Mega Man 2 did in fact work with a German Riesling Kabinett, but that fact does not help to explain my aforementioned theory. I did play through Mega Man 5 last summer, but never got around to trying out such a pairing. I’ve meant to come back to it ever since, mostly out of a desire to figure out why I tweeted that tweet in the first place. Last night I felt the urge to do something productive. Fortunately, my precious blog research falls under this category, so I loaded up the old Wii and pulled the closest thing I had to a Chilean late-harvest Sauvignon Blanc out of the fridge. 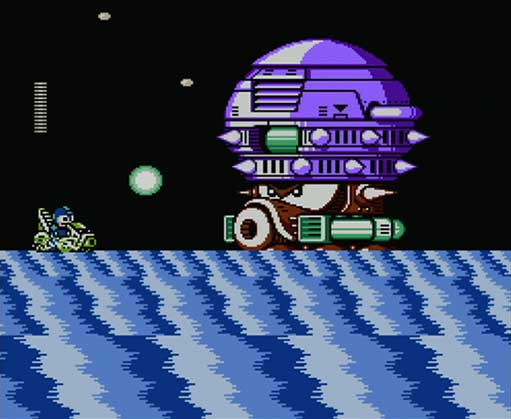 Mega Man 5 was made in 1992, when Capcom was riding high aboard a tidal wave of Mega Man fever. While many opined that MM3 and MM4 did not live up to the lofty standard set by MM2, people kept buying the games, and Capcom cranked them out with a vengeance. Sure, the level designs grew increasingly less novel and the games’ robot bosses went from having witty names like “Bomb Man” and “Guts Man” to having lame names like “Stone Man” and “Gyro Man,” but the formula still worked well enough. At least with the help of a little booze, right? 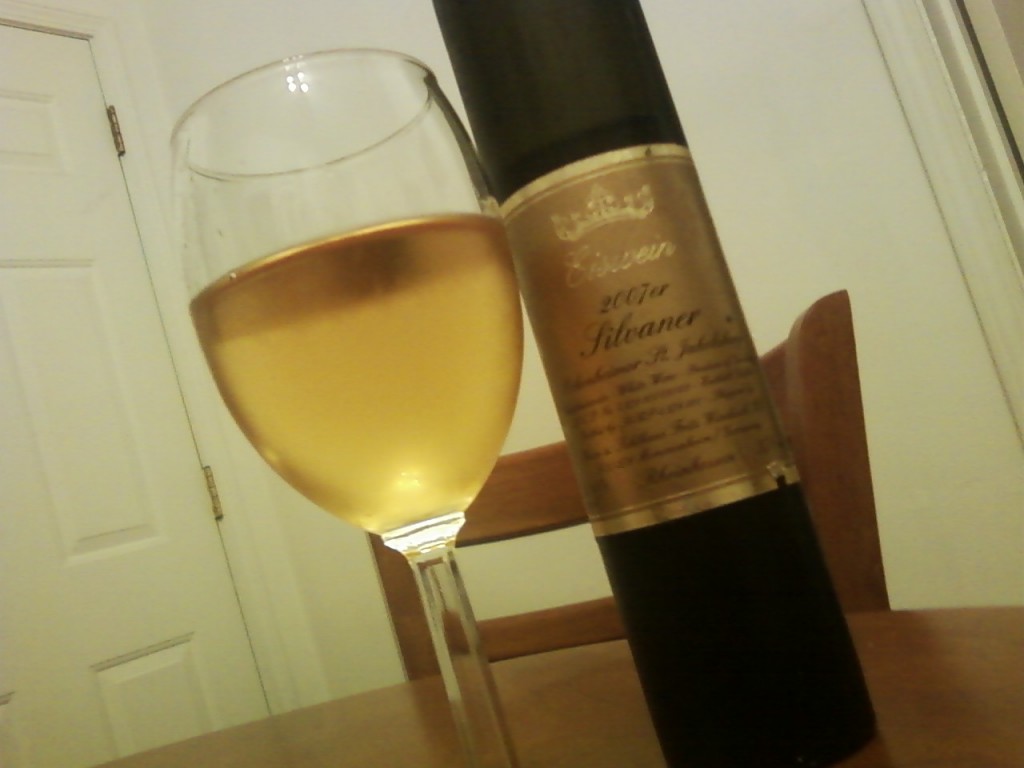 Not having a Chilean late-harvest Sauvignon Blanc on hand, I went with a bottle of 2007 Ockenheimer St. Jakobsberg Silvaner Eiswein instead. Made from very ripe grapes that freeze on the vine, thus facilitating the removal of water content that leaves more concentrated juice, this German dessert wine is full-bodied and sweet. It tastes of raisins, apples, lime’s peel and honey. While it packs a subtantial amount of residual sugar, it possesses an acidic backbone that keeps it from being overly cloying.

Last night I enjoyed drinking the Ockenheimer St. Jakobsberg. I could not, however, bring myself to enjoy Mega Man 5. I had remembered it as being a fun game and a worthy entry in the series. I had remembered incorrectly. Uninspired level design, constant framerate issues, and frustrating action sequences had me irritated right off the bat. Drinking a sweet, fruity wine while playing this game was like having someone sing songs from summer camp while they kick you repeatedly in the groin. Don’t get me wrong: I hate songs from summer camp, but I did like the eiswein. My analogy is not perfect, but I think you understand. In retrospect, I think my tweet was a completely insincere implication that a bastardized new-world take on a traditional German wine would go hand-in-hand with such a crappy, poorly-executed game. I have no beef with Chilean wine, I just have fun sounding like a pompous ass.

As with any pairing gone awry, I must now search deep within myself to come up with a better idea. For I strongly believe that even the worst of games has a pairing out there that can turn it into a magical experience (my next review at The Art of Pairing Video Games and Booze will feature a little PS3 game I like to call Deadliest Catch: Sea of Chaos). For those of you who are planning on sitting down with Mega Man 5 in the near future, my updated recommendations include dry white wines from the Loire Valley, Fosters (straight from the oil can, of course), or lightly-chilled pisco. 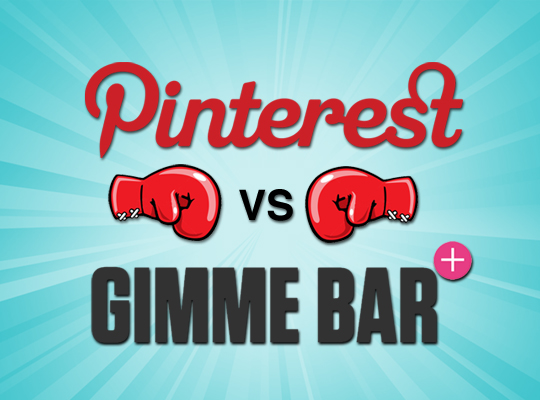 ybuy Lets You Try It Before You Buy It 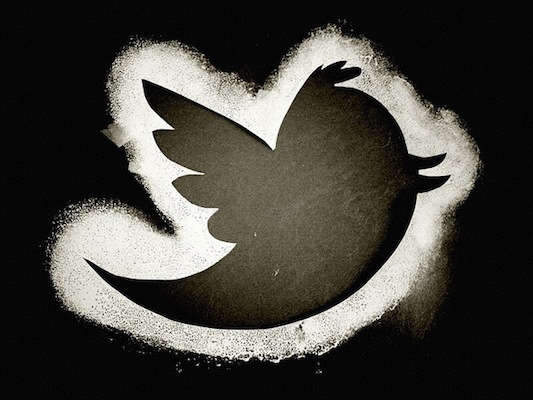