One evening on Twitter, I met a guy named Jared Janes from Denver.  He’s 26 and has big ideas on how he can make an impact on the world.  Truth be told, you’re probably a lot like him.  You work hard and want to make a difference.  But when you’re young, how do you make an impact? When you don’t have a lot of extra cash to donate to your favorite charitable organizations, creating change can be a daunting task.  And if you’re a startup entrepreneur, you don’t have a lot of free time to volunteer, either.  But, you might have at least $1 a month, right? 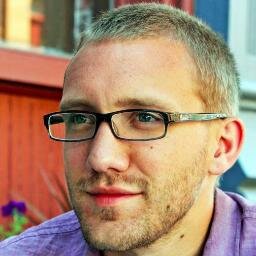 That’s why Janes started Altruist.  It’s a crowdsourced approach to giving that is looking to unite a diverse community of individuals to promote and fund charities.  “A lot of the successes we’ve seen with Kickstarter, small donations in large amounts, really can create a crazy amount of change,” said Janes. “I’ve never been in a comfortable place in my career to be able to put a significant amount of money to a charity and feel like I could make a difference.”

Janes launched Altruist in October of 2013, and so far he’s had a fairly positive response, steadily growing his base of altruists, as he calls his members.  The way it works, you commit to donating $1 every month.  Janes selects a well-researched and reputable charity, and donates whatever he receives from Altruists for the month.  (Every charity he selects has to have received four stars on Charity Navigator.)

There’s a new charity each month as well as a sponsor organization, which is how he pays his expenses, making sure that the charity receives 100% of every donation.  Past charities have included Plant With Purpose, MAP International, and All Hands Volunteers.

“charity: water was one of my main inspirations.  Keeping the books completely separate; the charity goes straight to charity, and that’s the future of where things are going,” said Janes.  “I see myself as a middleman.  That’s a big part of why I give 100% of the money to the charities.  I don’t want to charge them anything; I just want to help them out.”

Janes works for a marketing company during the day, and Altruist is his evening job.  For him, it’s about doing something that really matters. “I send email all day long.  At the end of the day, I think what did I accomplish today?  Well, I sent a coupon for people to get a dollar off a cheeseburger.  I don’t feel too fulfilled. I want to have that connection with my career and create a positive effect on the world.  And that’s all it is. I wanted to create a company that was pure positive.”

What do you think of Janes’ approach to giving? Would you be interested in joining his community? In addition to donating to great charities, he also provides you with information on the charity and why it was selected.  “I want to enable the people who are passionate about it and have that personal connection to be able to dive deeper,” explained Janes.  “In a way it’s a conduit to connect anyone with the new charity each month.”

You might think about it this way…  For just $1 every month, it’s a wonderful way to discover new and exciting organizations.  Who knows?  You might just discover an organization that could really benefit from your passion.  So don’t wait.  Think about all the good you could do by being part of a larger community focused on creating something “purely positive” as Janes would say.  It’s really up to you what happens next.

“If people like it, I’ll keep it going.  Whatever produces the most good, that’s where I’m going to head,” said Janes.  “All of the cliché remarks, the Steve Jobs, just want to leave a dent on the universe, those are cliché for the right reasons.  They resonate.”

So, what will resonate with you?  You can find more information on Altruist here.