Clearly I was not the only one to push a buy order through for the LinkedIn IPO last week. Nor was I the only one to sell everything; it’s just that I’m one of the lucky guys that got out above $110. About this I’ve been gloating endlessly, but this is not an article about being a good trader (which I pretend to be, sometimes).

Investors, the writer included, guilty of buying LNKD praying for a big pop on IPO-day might be wondering if we’re in another tech bubble.  But this whole proposition is, for now, faulty. This could be the start of another tech bubble; however, one thunderous IPO does not a bubble make. What happened last Thursday should leave investors in Facebook, Twitter, Groupon, and other .com behemoths weary of investment bankers. Like one didn’t need to be weary already.

In an article in Business Insider, Henry Blodget says LinkedIn left as much as $175 million in capital on the table for underwriters Morgan Stanley and Bank of America to pass along to their best institutional clients. Putting it differently, Morgan Stanley and BofA sold shares to institutional investors at $45/share the night before the stock opened at $83. A 90% return overnight? You bet.

CNBC host Jim Cramer called the pricing “Preposterous!” and said that investment banks were just up to their old tricks from the 1990s. Namely, that they [Morgan Stanley and BofA] lowballed IPO prices for the benefit of the aforementioned preferred clientele. And the general consensus, even among those who acknowledge that banks do mess things up and do underprice IPOs for various reasons, is that this is just how the IPO market works.

Vitriolic defenses by investment bankers of Thursday’s IPO are numerous, and some (like the one linked to) raise serious counterarguments to “Ignorant sluts” (the article’s words, not mine) like Blodget and Cramer. One of them:

“Now, you can see that this exercise is an art, not a science. Investment bank IPO pricing is the epitome of (very) highly educated guessing. We often get it wrong, but, on average, IPO pricing is normally pretty accurate. After all, it’s our job, and we do it well. The picture gets complicated, however, when the company in question, like LinkedIn, does not have any comparable peers among listed public companies. Our guesses become much less educated and much more finger-in-the-air type things. There is no cure for this but to go to market and see what investors themselves tell you they are willing to pay.”

Sure, pseudonymous i-banker. Go blame it on LinkedIn for being the first major social networking company to go public.

But he does raise a good point: LinkedIn didn’t really have any publicly-traded industry peers to compare itself against. If we want to make the (very big) leap of faith and assume that Morgan Stanley and BofA believed that pricing shares at $45 was “fair” or “accurate”, it’s still the case that LinkedIn and its shareholders missed out on a lot of money.

Investors were clearly excited to invest in a social networking company. Many view this is as a bellwether for Facebook’s eventual IPO. With an appetite as voracious as the one which nearly tripled the price of LNKD shares, investors will likely make Facebook the biggest IPO ever. And it seems that no matter how high the Facebook IPO is priced, investors will bid it much, much higher.

In January of this year, Goldman Sachs and Digital Sky Technologies invested a combined $1.5 billion in Facebook at a valuation of $50 billion, approximately. Analyst Ray Valdes said, “One can certainly do some calculation as to the percentage of revenue LinkedIn has vs. Facebook, the user base and other financial factors, then do a multiplier. Facebook probably would have a valuation 10 times the size of LinkedIn.” Recent articles on Facebook-watching blogs are saying that a “$100 billion valuation doesn’t sound so stupid anymore”.

That number makes Facebook a bigger company than Cisco, Amazon, and General Motors. Think about that for a second. […] Google’s market cap is “only” $175 billion, and it doesn’t take a visionary to see that Facebook could kill AdSense. Easily. 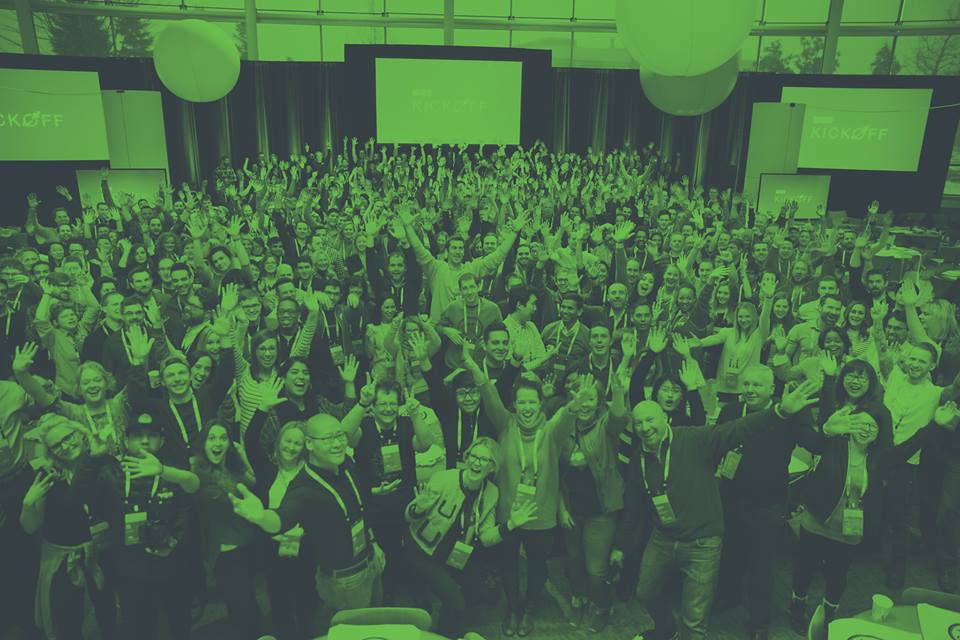