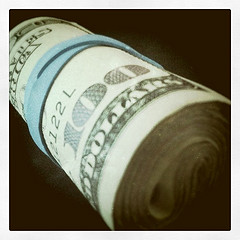 Like many, I was surprised when Sprouter announced it was closing its doors. I was equally surprised when speaking to a staffer at another startup when they told me they were not generating revenue, yet. Sprouter was fortunate. It hit the Deadpool and then was purchased by one of Canada’s largest media companies, Postmedia Network Inc. Not every Deadpool startup makes it into that second category. Clearly there is money to be made from Sprouter. Media companies do not like to make financial bets on businesses which fail to offer either current profits or a direct route to monetization.

There has never been a better time to start a business. Especially one which operates in the most democratic and universal mediums the world has ever created, the Internet. If users do not like your product, service or platform, they won’t click, or they will click off and not return. Your website could become the retail equivalent of a store in the part of the mall that no one visits. That same instant ability for startups to connect with users and customers is one of the factors which makes this a period of rapid growth and expansion for fledgling companies. It has never been easier or cheaper to start a business, as Paul Lee just stated in TechCrunch. At the same time governments, organizations like the Startup America Partnership, universities, and career advisors are encouraging people, especially young people, to get innovative.

Innovation in itself is great. Innovation creates sectors, removes seemingly insurmountable obstacles, and powers through challenges like a fat kid going through a Sundae at a Dairy Queen. Innovation takes a personal toll, and not just through sleepless nights and filling your body with Red Bull, coffee, and junk food. You are taking a risk. You are starting a company which may or may not succeed, doing something risky when you could be in a safe job bringing home a regular pay check. Your innovations keep you awake at night, with one eye open. The same thing Gordon Gekko said about money in Wall Street: Money Never Sleeps.

Erin Bury, the Director of Content and Communications at Sprouter wrote a guest blog in OnStartups, where her fourth point under lessons learned from the failure was “users aren’t customers, and brand doesn’t equal sales.” Great point. In my opinion this is crucial, and unless you know how your users or brand presence can be converted into revenue, that lesson has not been learned. 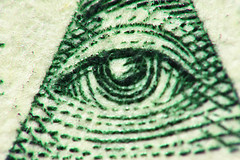 Here's looking at you kid!

The point is, being cool is great. You may not have a head for figures, or your speciality could be in design and execution, not the business side of things. If that is the case, get to know someone who can put together some projected figures and a business plan sooner rather than later. It is important for investors, for key stakeholders, for customers, and ultimately for yourself. If you want to be the Forbes Magazine featured CEO of The Next Big Thing, Inc., then be prepared to ask — and answer — some tough questions. I once got the deafening silence of an un-answered email from the founders of a startup when I put those sort of questions forward. It spoke volumes.

No other sector is as cautious as high-growth startups when it comes to putting a price on something and asking for money. Lawyers do not make partner by doing a lot of pro-bono work. Banks do not turn a profit by reducing rates or waiving charges. And even in the world of content, news and analysis, major media companies are erecting, and benefiting from pay-walls. Everything has a price. Your startup has a price. Being cool does not mean it has to be free.

Naturally, a range of things have to be considered. It is a unique balancing act. Charging users would have killed Facebook, and still could. Whereas Sprouter perhaps could have benefited from maximizing the freemium model, like LinkedIn, earlier on, thereby generating some revenue. For any future CEO’s of The Next Big Thing, Inc., the money factor of your idea ought to be considered sooner rather than later. Otherwise a startup failure autopsy could follow your glittering tech coverage and swooning reviews, whether you get funding or not. Since funding is, at the end of the day, the cash you get before you are actually generating a profit. It could be one of the smartest introspective questions you begin to answer, right after you have had that cool idea. How do I make money from this? Your idea never sleeps, the Internet never sleeps, and neither does money.