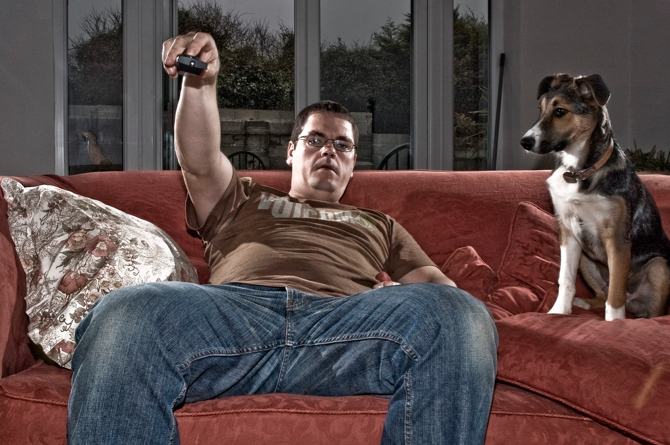 The holy grail of entertainment is a “lean-back” experience that requires little or no effort from an audience. The theory is to provide engaging content that holds an audience’s attention for long periods of time. History has been kind to industries that successfully created this seamless experience.

In the early 1900’s radio waves were filled with preprogrammed content that had large audiences tuning in daily. The beauty of radio was that once a listener turned on their set, they would lean-back and listen for hours without doing a single thing.

But the lean-back experience has been lost with the advent of the Internet. Computers are machines that require constant instructions. Without these inputs, the machine stays static. Reliance on human interaction disrupted the ability for preprogrammed content streams.

Imagine a world where you watched a TV show at 8pm and at the conclusion of the show, the screen went black, discontinuing programming. And when it comes to radio, do you ever turn on the radio and hear absolutely nothing? Never. Providers maintain constant content.

But the Internet presents this unwanted situation daily. Additionally, the Internet doesn’t punctuate their content with advertising played in-between the content. With the web, ads are simultaneously presented with the content. This fundamental shift has wrecked havoc on the viewing experience, while causing a headache for publishers.

Over the couple years, the trend has shifted. And two companies, Forbes and Iris.TV, stand out as pioneers in print and video respectively.

Forbes recently announced their Intelligent Scrolling Streams. This new feature removes the additional click, and ultimately the decision making process, for a reader to reach the next article. Gone are the days of “recommended reading” lists.

By reducing friction between the reader and content, Forbes moves closer to a lean-back experience. If they can successfully make this transition on their digital platforms, expect to see more reader engagement, higher ad revenue and increased brand equity.

While Forbes is innovating in the print industry, Iris.TV, launched earlier this year, emerged as a dominant player in online video. Their Smart Streaming solution gives content creators the ability to better monetize archived content by reducing the friction at the end of a video. The technology immediately begins playing the next related video without requiring the viewer to select a new video.

This streamlined video experience allows a viewer to select a single video and remain entertained with relevant content for an extended period of time via a true lean-back experience. As more content producers begin to integrate the technology, don’t be surprised to see all online video strung together in a more compelling package.

The expectation is that innovation will continue to drive digital industries toward more seamless lean-back experiences. As this becomes mainstream, it should change the importance of some metrics, while also creating brand new ones.

Entertainment involves having a recipe for success. Just as television and radio concoct a recipe of programs and shows, online publishers are now being empowered to build their own recipes for lean-back readers and viewers.

And those who don’t begin catering to the consumer over advertisers will lose their audience, and ultimately their revenue. Companies like Forbes and Iris.TV are creating change – I just hope more get on the bandwagon before they get run over.