Kickstarter is the go-to if you want to crowdsource funding for a ridiculous gadget, an album of ambient new-age electronica, a video game that hasn’t been written yet, or a genre-pushing documentary film. Sometimes it separates the wheat from the chaff; other times, less so.

Here are some Kickstarter projects we’re keeping an eye on this week.

Tech.li‘s Jason Rowley profiled Pebble, a “minimalist yet fashionable” e-paper smart watch that can run mini-apps for new watchfaces, gather and report a variety of data, and tether to a smart phone with Bluetooth to issue vibration alerts. It’s waterproof, and the battery lasts more than seven days, according to the designers.

“We’ve designed tons of watchfaces already, with more coming every day,” they wrote. “Choose your favourite watchfaces using Pebble’s iPhone or Android app. Then as the day progresses, effortlessly switch to the one that matches your mood, activity or outfit.”

Cycling gets 45 percent scarier after dusk, but blinking visibility lights are often poorly-made. Blink / Steady has an interesting idea: a tail light with a built-in accelerometer that turns on when the bike is in motion. It has a steep financial goal for a little gadget, but its tidy design and vision could certainly give it a leg up  with the gadget-crazed spandex crowd – or even me! (I don’t own any spandex, I swear.)

We have a quibble with one line, though.

“There’s no need to remove it when you lock up because it’s secured by your seatpost,” they wrote.

Bike thieves don’t just rack quick-release wheels and seats. In some parts of town, they’re desperate enough to grab anything – and I’m sure they’ll figure out a way to outsmart this finely-crafted aluminum bike light. 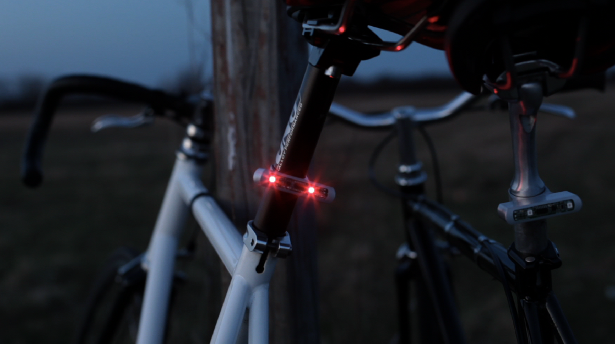 Kickstarter is notorious for becoming home to dreamy documentary projects. But Mala Mala, a film about young transgendered persons and drag queens in Puerto Rico,  sounds like an exceptionally nuanced, subversive project. 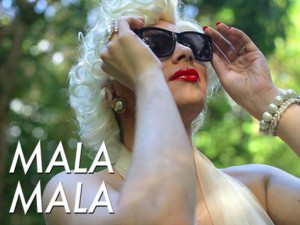 The film, which has already been shot, draws parallels between the peculiarity of political life in Puerto Rico and the strange, open-to-interpretation status of gender-nonconforming individuals. Above all, according to the filmmakers, are the stories of exceptional young people.

“As a trans person in Puerto Rico, not only does your experience beg the question ‘am I Puerto Rican, am I American, or am I both?’ but also ‘am I a male, am I a female, or am I both?'” they wrote. “This vagueness, this in-betweenness is what most fascinates us as filmmakers, and with this project we hope to share the stories of people who’s voices may not otherwise be near enough to reach your ears.” 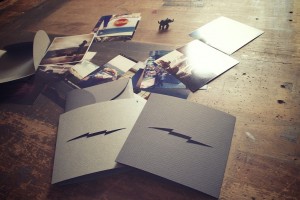 Social photo sharing app Instagram made waves this month when in short order it was released for Android smart phones and then acquired by Facebook for some $1 billion.

Intentionally or not, Snapstagram is poised to capitalize on that press. The project is raising funds to launch a service that produces and delivers 4″x4″ Instagram prints. It probably just comes with the territory, but the team frames the project in weirdly sunny, nostalgic terms.

Still, it’s the sort of neat idea that I could imagine gaining a foothold by providing a real service based on Instagram’s tremendous success. A roll of 12 prints will cost a cool $6, according to the creators.

And if the whole notion of Instagram rubs you the wrong way (easy photography that looks good! snort of derision!) maybe you fit into one of these five categories.