How The iTV Will Destroy Television As We Know It 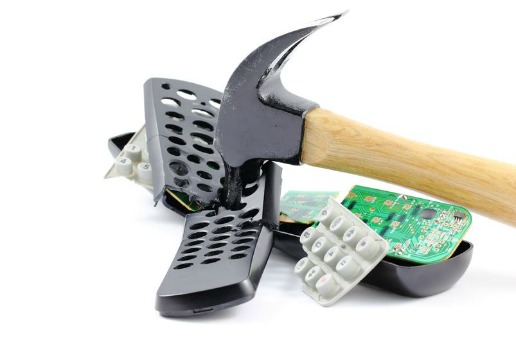 Terry Gou, chairman of Foxconn, confirmed that his facilities are ramping up for the production of an Apple television in an interview he gave to China Daily. What Gou may or may not know is that he announced the end of television as we know it. The iTV will change the media landscape for good, while destroying cable companies and big media in the process if they fail to adapt.

Rumors that Apple has been working on a television have been surfacing since before Steve Jobs’ departure from the company last year, but Gou was the first person of authority to confirm the rumors. According the China Daily report, the iTV will be similar to an iMac for the living room. The TV will include Siri voice controls and will be an aluminum construction.

Apple’s move into building a television is not surprising as the company expands its media ecosystem. Just as the iPod enabled consumers to take advantage of the iTunes platform, the iPhone allowed smartphone owners to participate in the new mobile app ecosystem. For Apple, the release of new hardware is always a harbinger of a disruptive media play in the near future.

The release of the iPod in conjunction with iTunes ushered in a new way for people to consume music: by song instead of by album, and by legal download. Apple’s innovations were responsible for the recent restructuring of the music industry, and the collapse of the physical media buying experience – the US music industry is currently making less than half of its 1999 peak revenue of $14.4 billion. It’s not the fault of music piracy; rather, Apple put the power of choice directly into the hands of the consumer, allowing people to only download the tracks that they want rather buying a full album for one of two songs.

Artists and music industry insiders who have embraced the change have won big. Pop music sensation Lady Gaga has embraced the new media landscape to grow her brand and her sales, setting an iTunes sales record in 2011 with the release of her single “Born This Way.” In less than a week, consumers purchased 1 million digital copies of the song, making it the fastest selling single ever on iTunes.

Apple’s media innovations may destroy old industries, but media companies and brands that take advantage of the new ways of monetizing media offered by Apple will win big. There are many participants in the television industry who have to adapt now before the iTV arrives in living rooms. Here are a few potential disruptions that participants in the industry should look out for during this transition:

Apple is spearheading the appification of the media movement. The company has revolutionized the way consumers interact with textbooks, mobile phones, and so on. Television shows are primed for appification right now. Currently the process is disjointed. Viewers tune in to shows and then must access a website to engage further with the TV show on the web. The desire to consume additional information is there. By turning TV shows into apps, consumption and interaction with additional content can co-exist.

The cable subscription model has been a rip-off for a while and everyone knows it. Cable companies bundle channels into packages so that consumers have to buy an entire bundle even if they only want one or two channels. Apple’s television platform will most likely allow users to buy subscriptions to individual channels.

The  iTV brings Apple one step closer to completing the 360-degree media experience. One of the reasons that consumers love Apple products is the seamless synching of the devices that allows media to be consumed across multiple devices. The iTV will allow consumers to use their favorite Apple features, like Siri voice control, to enhance their television viewing experience. Imagine watching your favorite show with your friends and family members, or hosting interactive season premier viewing parties with people no matter where they are via FaceTime.

The iTV is going to change our perception of television as we know it. It’s not a question of if it will happen, but when. Apple has the money to fight the inevitable lawsuits that will by filed by the cable companies in their last bid to survive. The sooner participants in the television industry prepare, the better off they’ll be. 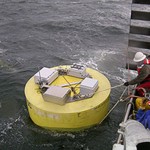 The Government Is Drowning In Data: Report