Is Apple’s Brand Morphing At The Retail Level? 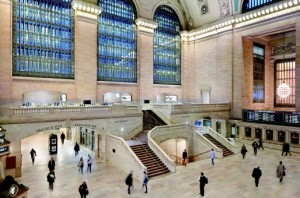 When Steve Jobs departed from Apple last year, Apple fans speculated about the what would happen to the brand that was built around Jobs’ obsessive perfectionism. Now that Apple has released the iPhone 4s and the new iPad under the watch of a company post-Jobs, we have enough hindsight to see changes in Apples airtight brand at a retail store level.

Based on the recent experiences that I have had in the Apple retail environment, it looks like Apple has a few things to iron out before they expand their retail empire. It’s not so much that the brand has become lax, it’s more like Apple’s brand is morphing into something different at the retail level. The clues have become more apparent since the new iPad release on Friday.

Clue 1: There is no incentive to participate in the excitement of a product launch.

Thanks to the overall efficiency of pre-ordering new Apple products, there is no incentive to participate on launch day. When you get a box delivered to your office, I guess you can participate by taking a video of your unboxing and posting it on Facebook, but that’s about as social as it gets. Plus, participating in the launch onsite is more hassle than it’s worth. This makes me believe that Apple is moving totally away from event driven launches and more towards efficient launches. They just want to get the transactions and they don’t care about the hoopla.

Clue 2: Apple’s customer base is changing.

Apple’s products are becoming more mainstream even as prices continue to stay high. The constant flow of new product versions means that the second market for Apple hardware is quite lucrative. As Apple’s customer base morphs from tech elites to the tech elites + everybody else, the brand that was seen as increasingly elitist five years ago now has to become more egalitarian in its brand messaging. Apple used to only be for those who wanted to think different. Now, to think different means to not covet your neighbor’s new iPad.

Although Apple employs people with varying levels of technology experience, the reality is that retail store work is viewed (and paid) as lower-level service work in the modern American economy. This sucks because retail work is hard work and deserves a higher pay rate. Although there are plenty of knowledgable Apple Store employees who work at the Genius Bar and teach in-store classes, the expansion of Apple’s retail empire means that Apple stores are bound to become more like traditional retailers – like Best Buy – which employed some specialists and many generalists at the height of their retail reign.

One of the strategies of the Apple retail team is to make landmark Apple stores tourist destinations rather than a place to purchase Apple products. The glass cube that sits atop Apple’s 5th Avenue store in NYC is a beautiful architectural accomplishment. But going to an Apple store to actually buy something is becoming increasingly annoying. I know that showroom stores like the Grand Central store are designed to have customers experience a product in real life before ordering it and shipping it. That’s how Steve imagined it. Apple doesn’t want you to purchase items in the store. They want to you experience, then order.

What is Apple going to do next with its retail stores? It won’t be building more landmark locations. Instead, it seems that more functional locations that will make sense. Apple already plans to test its store within a store concept at 25 Target locations this year. If the tests show promising results, Apple will most likely move ahead with it’s underemphasis on in store shopping and emphasis on in-store order pickup.

I think you bring up some interesting points but I can’t say I entirely agree with you. Â Here’s what I think about each Clue.Â

Clue 1: Â I highly disagree. Â The incentive is to share the excitement with the rest of your tribe. Â I LOVE being in a line talking to other fans and sharing the excitement. Â Also, the incentive is knowing that you’ll be walking home with the product rather than pacing around waiting for the FedEx guy.Â

Clue 2: I agree that more people are using Apple products. Â Finally, everybody can see why we’ve loved them for the past 25 years.Â

Clue 5: Â Ok this clue is the clue that I disagree with the most. Â How many stores do you know that you can walk into, scan with an iPhone and walk out of without ever having to talk to a sales rep or stand in line? Â It still freaks me out a little but what could be easier than that? Â Sure, it’s low on customer service … but could it be any easier?Â