Why Sticking With the iPhone 4 Isn’t a Bad Thing

The new iPhone iOS 5 software was released on Thursday and has over 200 new features, some more visible than others. While millions make plans to purchase the iPhone 4S, some iPhone 4 users are holding out for the 5. In the mean time, iOS 5 still has a lot of offer, and in some cases, could make you feel like you have a brand new phone.

iMessage: iPhone’s answer to Blackberry’s BBM, iMessage is a real-time text messaging service that enables users to send and receive unlimited texts to other iOS 5 users for free. It can also track received and opened messages as well as see when the other person is typing. It’s also available on the iPad and iPod touch using a WiFi network. It’s important to note that you’ll be able to distinguish between regular text messages, which still appear in green, and iMessages, which now appear in blue

Notification Center: By swiping down from the top of any screen, you can access your notification center. You can modify which alerts you receive in Settings and add manage which apps you would like to include. The Notification Center is especially useful for viewing all of your social network notifications in one place, as well as unopened emails, texts and missed calls. 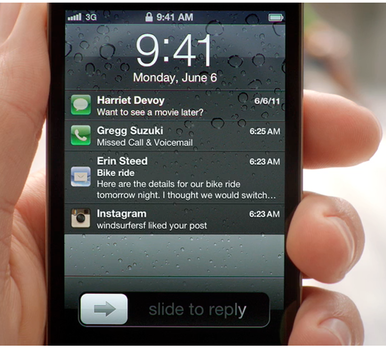 Newsstand: This is a feature that downloads and organizes magazine and newspaper subscriptions. It’s an especially useful feature for iPad users. If you don’t have any subscriptions, the newsstand is essentially without purpose. You’re not supposed to be able to delete or hide it, but Coding Massacre has figured out how to cheat the system. This solution seems like a bug and I wouldn’t be surprised if it’s removed in the next update.

Twitter Integration: This is huge. iOS 5 makes it possible to tweet from just about anywhere. After signing in once through Settings — and yes, you can add multiple Twitter accounts — you’re able to tweet photos, maps, videos, and so on without ever opening the Twitter app.

Reminders: Similar to the popular app Wunderlist, Reminders let you constantly add to and manage your to-do list. One of the nifty things about this app is that it’s location-based so you if you need to pick up milk, an alert will go off the minute you pull into the grocery store’s parking lot.

iCloud: iCloud is one of the most talked about features as it makes it easier to keep track of your iLife. iCloud stores your data and syncs it to all of your Apple products, including iPhones, iPads, iPods, and Macs. This makes it possible to sync your contacts, documents, music, photos, and so on across all of your devices. The service comes with 5GB of free storage, but you can purchase additional space as needed. 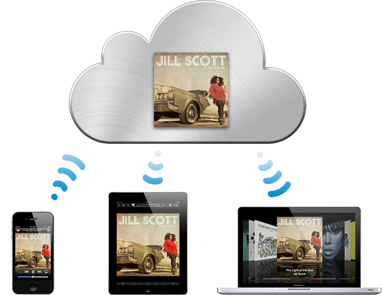 Photos/Camera: iOS 5 has added tap-and-focus, grid lines, and pinch and zoom gestures to create the best picture possible. A noteworthy addition is that you can also edit and crop photos right from your phone. It might not be as cool as an 8-megapixel camera (which the iPhone 4S boasts), but it still offers a lot of functionality that you were previously without, or had to depend on another mobile or desktop app for.

The only major drawback is that the iPhone 4 isn’t Siri enabled. Siri is a voice-recognition virtual assistant that is capable of scheduling appointments, drafting emails, and even finding the best place for a hot dog in downtown Chicago. Admittedly this is a pretty awesome feature, but if shelling out several hundred bucks for the 4S isn’t in the cards, we think you’ll be just fine until June/November 2012 when the 5 is released. Of course, if you have anything other than the 4, it’s time to upgrade.