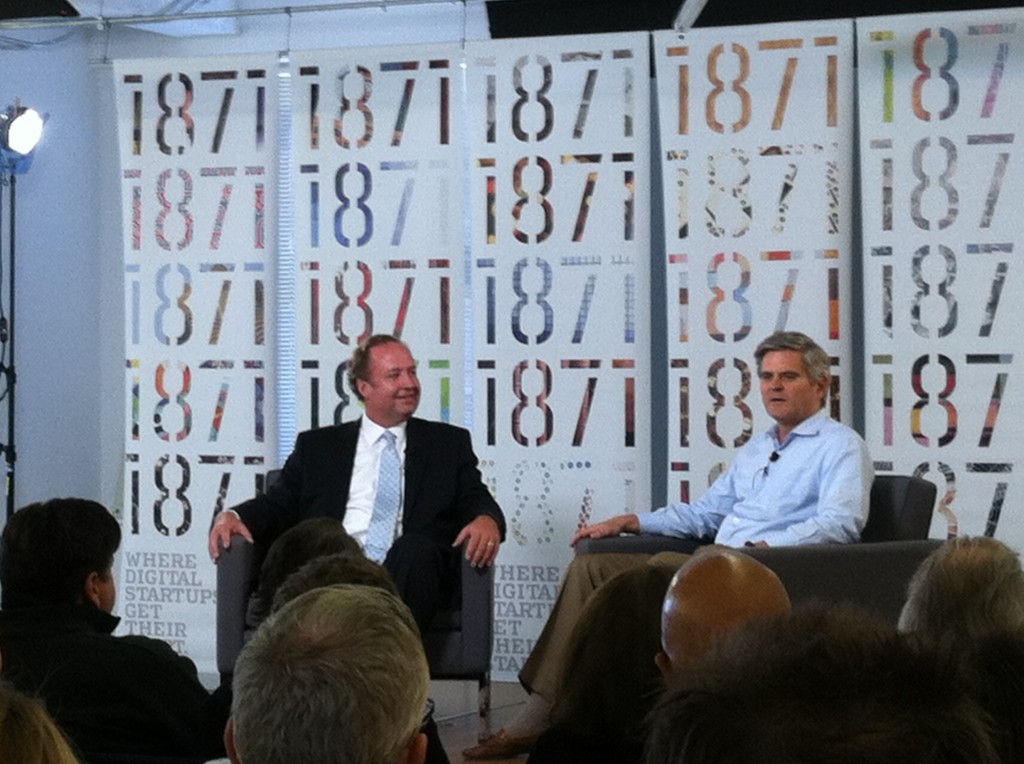 Entrepreneurs enjoyed Case’s advocacy for emerging industries such as healthcare and education.

Edtech entrepreneur Joe Kotz said his industry is “finally getting the attention it deserves by people like Steve,” compared to five years ago when this wasn’t the situation.

“America was a startup, it was just an idea,” Case said.

He said it’s important to build entrepreneurial ecosystems nationwide so we’re less dependent on one place, like Silicon Valley. Meanwhile, he drew attention to emerging startup communities such as Detroit, Des Moines and Nashville.

Case and O’Connor advocated investment to keep talent in cities like Chicago – as smaller tech startup cities have seen a great migration toward the Valley.

50 years ago, the Valley was just pastures, and Detroit was booming with innovation, Case mentioned. “At the core, it lost its entrepreneurial mojo,” he said. “It lost its light just as the world got more competitive.”

The two talked about recognizing the next wave of technology when it’s coming, again, and to recognize industries in need of disruption so that more cities don’t also lose their light. After all, automobiles were the most revolutionary technology of their time during Detroit’s peak.

The idea of America Online was “getting people to believe in the idea of why being connected would be a good thing,” Case said. And though it’s the grandfather of modern Internet, O’Connor insisted a lot of the lessons Case had learned are still pertinent today.

“I think he said what all entrepreneurs are thinking,” said Mike Rothman, CEO of SMS Assist, a technology company in Chicago.

Case shared the following tips with entrepreneurs just starting out:

Perseverance:
“The path to success is rarely a straight line,” he said, mentioning that there were many times at the start that AOL was on the verge of failing. “It’s a rarity for companies to be an overnight success… You as the leader had to make sure you got out of the way, make sure you’re recruiting and delegating and trusting people to bring the company to scale.”

You have to bring the right people on board and make sure they’re working together, but you also have to work with the right network of people outside of your company as well, he said, quoting an old proverb: “If you want to go quickly you can go alone, but if you want to go far, you go together.”

Be nimble, be quick

“Pick up the ball, figure out what to do with the ball,” he said. “The world now is much nimbler and much more focused,” and so being able to move quickly is critically important, with at the same time nailing the product and design.

“Breaking through the clutter… is tougher.”