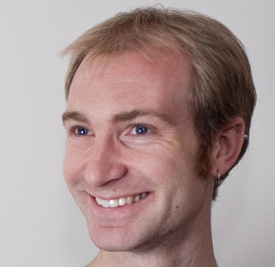 InkTank co-founder and CEO Sage Weil developed the innovative storage solution as part of his PhD research at the University of California in Santa Cruz. Self-dubbed the “future of storage,” the Ceph platform has gained popularity among a global community of storage engineers and researchers due to its open source availability. The automatic scalability of the storage has InkTank targeting both large and small businesses from enterprise operations to startups, offering storage for “pennies per GB.”

Shuttleworth referred to the storage platform as “tremendous technology.” The South African entrepreneur, whose company Canonical develops the free open source Ubuntu operating system, was drawn to invest in the Ceph-driven company because of its similarly open availability. Impressed with its capabilities, Canonical had already implemented the Ceph storage system into its latest Ubuntu release back in May.

“Ceph redefines storage as an open source service, meeting one of the key challenges for enterprises and cloud providers who need scalable and cost-effective storage,” said Shuttleworth. “The distinctive architecture of Ceph gives it natural advantages over both proprietary and open source competitors.”

According to InkTank president and COO Bryan Bogensberger, the company will use the newly-acquired funds to accelerate the growth of the storage platform and continue to service the needs of those companies scaling along with it. Bogensberger called Shuttleworth “an open source visionary… the InkTank team is delighted to accept his support for Ceph.”

Check out the InkTank website or visit the Ceph online community to find out what the future of storage has to offer your company.