After several months of waiting, Instagram’s Android app made its first appearance at SXSW this week in prototype form. The app has been exclusive to the iPhone since it’s release in late 2010 and went on to win Apple’s iPhone app of the year last year. With all the excitement and acclaim since it first hit the the App Store, many Android users have been hungry to get their hands on the popular image sharing application. 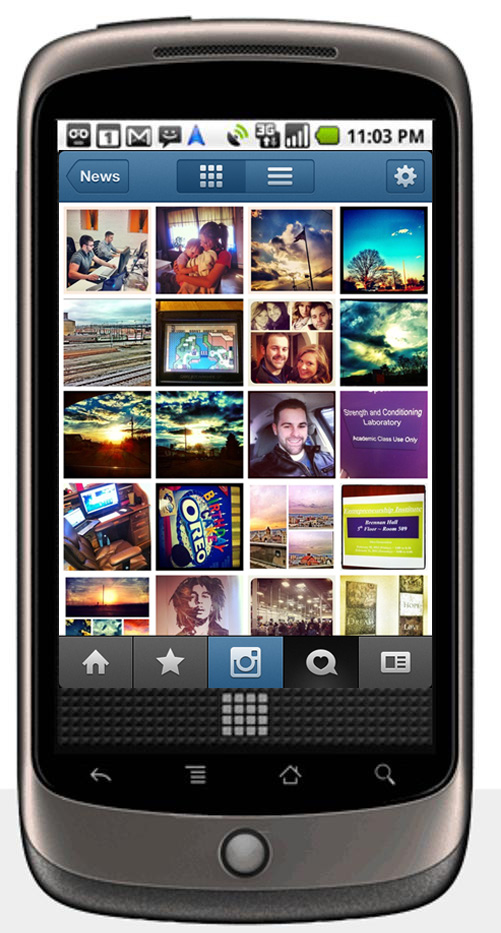 During a Q&A session this week, co-founder Kevin Systrom showed the app briefly to the crowd, though there was no larger screen technical demonstration. Systrom highlighted a few features of the application, pointing out its speed and ability to maintain great resolution on devices with larger screens. When comparing it to the iPhone app specifically, the cofounder said that “in some ways it’s better than our iPhone app.”

Prior to hiring Android-specific developers back in August of last year, co-founder Mike Krieger had admitted that the company was ignoring Android development to focus primarily on scaling its iPhone application.

A PEW Research study conducted last month showed that Android ownership has risen from 15 to 20% since the middle of last-year, with the iPhone now only holding 19% of the market. The arrival of Intagram on the Android marketplace could provide a staggering amount of growth for the company. Judging by PEW’s numbers and depending on how many users make the move to the popular image app from any knock-offs they may already have, a move to the Android could potentially double their market share.

It’ll be interesting to see how new users on the platform will respond to the popular app. With registered Instagram accounts already at 27 million and the company reported to  soon be worth $500 million, it would be a safe bet to say the application will do pretty damn well.

There’s no word on any specific release date for the application, though Systrom said it will be coming “very soon.”

SXSW: 5 Great Things About Being Minecraft’s Director Of Fun