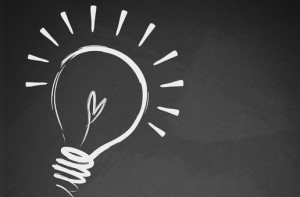 Startup accelerators like Y Combinator and Techstars are notorious for accepting a team into the program even if they aren’t sure that their idea will work.  Both Paul Graham of Y Combinator and David Cohen of Techstars believe the team matters more than the idea. After all, they help hundreds of startup teams refine their ideas and pitch to investors at the capstone event of each class, demo day.

Today, Paul Graham announced that Y Combinator is skipping all of the BS that goes along with convincing founding teams to pivot their ideas, kind of.  Teams without ideas will now be allowed to apply to Y Combinator. The teams that are accepted without an idea will be on a separate track from the teams that are accepted with an idea.  The point is to find the best talent and match them with the best startup idea.

Graham himself is the king of spotting market opportunities that are grandiose when many first time founders are used to thinking small. For example, in 2008 he published Startup Ideas We’d Like To Fund in which he calls for teams to disrupt news, dating, and online learning among several other industries. Four years later, Graham’s predictions of the sectors primed for disruption seem spot on with hundreds of  startups vying for a piece of each of the predicted industries.

A few weeks ago, Graham followed up with a new list of disruptive ideas he would like to fund: Frighteningly Ambitious Startup Ideas. In it, he calls for a new search engine, a takeover of Hollywood, and even for the next Steve Jobs to come forth.

With Graham’s  ability to to predict market disruptions, scrapping the idea requirement makes sense. According to the announcement on Y Combinator’s website:

Graham emphasizes that this will be an experiment for the upcoming class:

We’re not sure this will work, but if it does we’ll do it from now on.