Today on Instagram’s blog, co-founder and CEO Kevin Systrom announced that the company has agreed to be acquired by Facebook. The news broke only a week after Instagram finally made its big move to the Android mobile platform, on which the app was downloaded more than 1 million times in only 12 hours. Facebook revealed the deal to be worth around $1 billion in combined stock and cash. 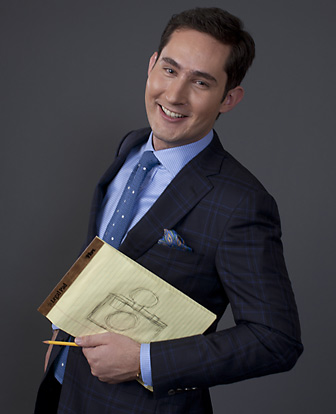 Some of the biggest initial apprehensions over the acquisition have been about how Facebook will handle Instagram. But it seems like anyone worried the service will become too integrated into the Facebook experience can rest easy, at least for now. In the blog post, Systrom reassured Instagram fans that the popular app will not disappear into the giant social network.

We’ll be working with Facebook to evolve Instagram and build the network. We’ll continue to add new features to the product and find new ways to create a better mobile photos experience. The Instagram app will still be the same one you know and love.

Facebook already has a fairly robust photo-sharing platform so it’s hard to imagine we’ll be seeing a full-on Instagram experience within the social network itself. In a separate post Mark Zuckerberg also stressed the sentiment of keeping the services separate.

We believe these are different experiences that complement each other. But in order to do this well, we need to be mindful about keeping and building on Instagram’s strengths and features rather than just trying to integrate everything into Facebook. That’s why we’re committed to building and growing Instagram independently.

Instagram had the opportunity to be acquired by Facebook back in the summer of 2011, when Facebook engineers were working on implementing photo filters very similar to those in the popular app. Its founders reportedly declined the acquisition then and have benefited hugely from staying independent in the meantime, and not just from a financial standpoint. It’s very likely due to the service’s enormous popularity that they will be allowed to go on as an independent application, where if it had acted earlier. Instagram might’ve become no more than a set of photo filters on Facebook’s website.

Many are already concerned about Facebook integration and the potential invasion of privacy that goes along with it. A new heavily Facebook-integrated version of Instagram would no doubt require access to all of your information within both applications – something users are becoming less and less fond of. In his wall post, Zuckerberg wrote about being able to “share beautiful photos with people based on your interests,” so it sounds likely that the company will be linking personal information to the photos being taken within Instagram.

At the very least the acquisition will most likely provide a more robust computer-based platform in which to browse the popular image sharing service. Up until now, there have only been unofficial (though still pretty great) services like Gramfeed. If the future of Instagram turns out as the two companies are talking about it now, the Facebook acquisition will only help Instagram reach an even bigger audience, with plenty more development resources to strengthen the beloved application and excite its most avid users.