Building on the state’s earlier blockchain-based innovations towards creating an entrepreneurship-friendly ecosystem and encouraging collaboration between different governmental agencies, Illinois proposes the initiative to use blockchains to record birth certificates.

Late last year, the state introduced its plan to adopt blockchains into the state regulatory system, during Blockchain Conference Chicago. The initiative mainly targeted 3 goals; encouraging entrepreneurship in the state, inviting blockchain companies to open offices in Illinois and developing a platform tailored for the Illinois government.

While the initiative mainly focused on the business side of things at the start, and excelled – the state of Illinois now recognizes how the technology would help improve different governmental procedures that would lead to a more secure life for its citizens.

Partnering up with Evernym, the state aims to simply provide newborns with a digital ID that will be based upon their names, genders, places of birth and blood type, creating “verifiable claims” or attributes, which later give them permission to access and control the information stored.

“To structurally address the many issues surrounding digital identity, we felt it was important to develop a framework that examines identity from its inception at child birth. Government has an important role to play in the development of any digital identity ecosystem. Identity is not only foundational to nearly every government service, but is the basis for trust and legitimacy in the public sector,” reported Jennifer O’Rourke, Blockchain Business Liaison for the Illinois Blockchain Initiative.

The identity will not only facilitate secure access to governmental procedures and buildings, but also remove identity theft-related threats from any dealings with businesses and different private businesses. 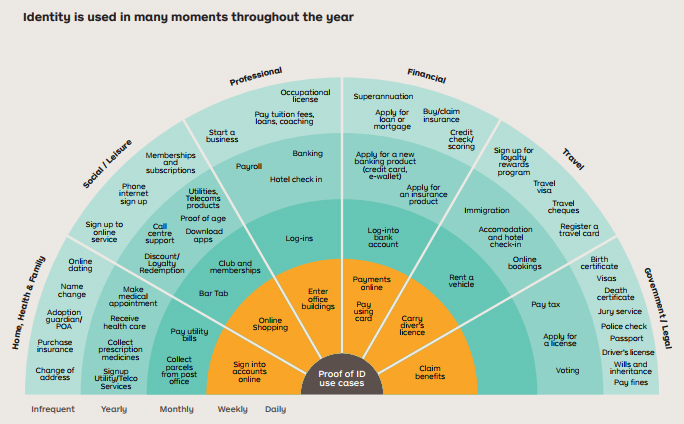 “Most of the data breaches that occur today are due to poor management of Privileged Account Management credentials,” according Leonardo Cooper, CEO of Vault One, a startup specialized in cyber security. For that same reason, the idea is to combine the blockchain ledgers with the existing governmental record-keeping system.

“This architecture allows us to bridge the best of both worlds, combining government’s robust infrastructure for identity verification with a platform engineered for the digital identity ecosystem. This digital identity system is extensible, inter-operable and at the same time ensures the utmost security, privacy and user-agency,” said Cab Morris of the Illinois Blockchain Initiative. “Additionally, this model for digital identity can extend beyond the boundaries of government and has broad applicability for many products and services in the private sector.”

Besides proving physical identity verification, the initiative will serve as a swift solution to numerous online identity theft scenarios, to which Evernym’s Drummond Reed commented, “Digitizing these foundational documents in a state the size and importance of Illinois will make a major contribution to the larger effort of solving the online identity problem.”