August 28, 2010 For those that have been living under a rock, social networking behemoth starting-to-act-thuggish Facebook has decided that they own the suffix “-book” and are suing the living daylights out of anyone that dares to use the term in a social networking capacity.

I am taking this a bit personally because I am an entrepreneur and hate to see big companies act like thugs but also because I invented Teachbook. Briefly- back in 2007 I launched Teachbook and TroopSpace. Things didn’t work out the way I planned and I ended up exiting both businesses- I sold my Teachbook social network to the current owners via a third party and TroopSpace is now owned by a Marine running a non-profit for veterans. I’m proud of the fact I had ideas good enough for someone else to continue on with- apparently I didn’t know how good they were until I read Facebook is deciding to sue Teachbook back into the stone ages.

The story has been getting world wide attention in the press and has definitely struck a nerve:

Among other personality traits, I have never been one to back down from a fight and while I do not own Teachbook now, I am still angry as hell that Facebook is acting like an old school corporate thug instead of the Web 2.0 21st-century New Media company it is supposed to be. They assume they can blast onto the scene and spend unGodly amounts of legal money and firepower to scare the little guys into submission. What if I hadn’t sold my social network? I’d be getting sued right now, that’s what. And that is utter and total B.S. My family has teachers in it and many of my friends are teachers.

I think its time for Teachers everywhere to teach their students a lesson in the court of public opinion:

IT IS TIME TO TELL FACEBOOK TO BACK OFF

How can you do this? Here we go:

1. Join the Facebook Group Ironic we’d use Facebook to scold them isn’t it?
Group is here: http://tinyurl.com/2c2tnoq

3. Re-tweet everyone else’s tweets on the topic

4. Know a blogger? Get them to write about it

Let’s band together and show Facebook what “Social Media” is really capable of. 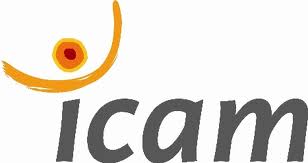 An app that can add extra security to your home: iCam

Organize Your Life with GQueues: the Google Task Manager