Helios Unveiled As The Most Affordable Telepresence Device Yet 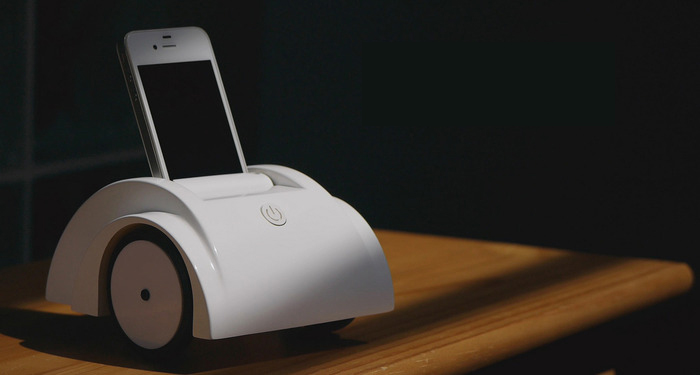 Telepresence may be the wave of the future for long-distance communication and networking, but many feel affordable telepresence tech for our every day lives is still far off on the horizon. That’s why Tian Long Wang, an electric engineer working out of Princeton, New Jersey, set out to create the most affordable telepresence device so far — one that works with the smartphone everyone already has in their pocket.

Helios, Wang’s telepresence gadget, already works with the latest versions of the iPhone and iPod Touch devices, and controls them in a very interesting way. Instead of connecting directly into Apple’s device, Helios reads on-screen commands generated by an easy-to-install app on the smartphone, where a turn, tilt, or move command is shown to a sensor below the cradle, directing the device on what move to make next.

Users can communicate as they would over Facetime, with the front-facing camera taking in the action and the end-user talking on the main screen. This user can control the mobile telepresence unit, guide it through the remote environment, and even interact with the person they’re talking to. Wang 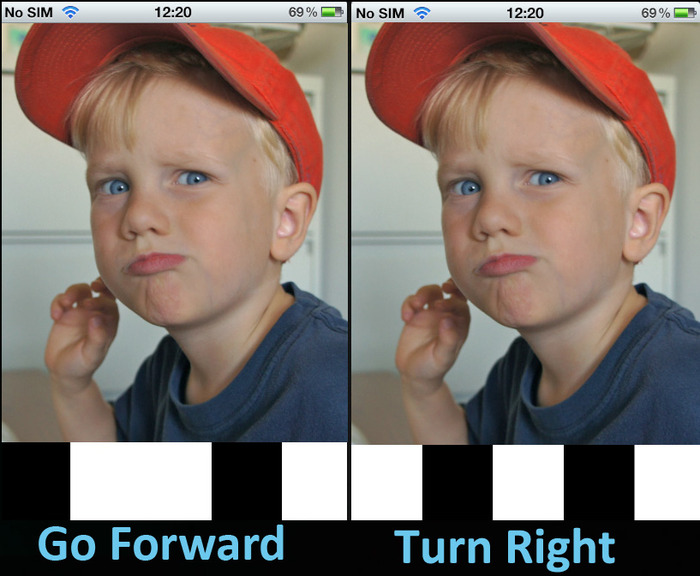 is releasing a software development kit alongside the device that will allow developers to make their own apps for the platform and expand what users can do with their Helios.

According to the Kickstarter page, the Helios has a battery life of around 10 hours for each full charge. Wang said that although there isn’t an Android version right now, the unique screen-to-sensor input will make development for other platforms rather painless.

“My device is designed primarily for iPhone, and with little modification, it can be used on Android and Windows phones,” said Wang. “There is no limitation on how the smartphone can communicate with the robot base.”

We’ve seen similar Kickstarters before, specifically with Botiful, a telepresence device for Android smartphones. With an expected retail price around $120, Wang pointed out that his device is significantly more affordable than the $300 gadget the finished its Kickstarter run in August.

Backers can get a Helios of their own for an early-bird price of $99. Wang expects to get the device into the hands of backers by February of next year. Visit the Kickstarter page to find out more about the multitude of backer rewards and secure one of the most affordable telepresence devices available today.

Nice device to use especially when using facetime. I hope I could afford to buy this one.