After three months of work, the 10 Healthbox Accelerator startups presented to an auditorium full of investors and mentors at Spertus in Chicago. The day was filled with innovation, dynamic new ideas, and even a few songs. 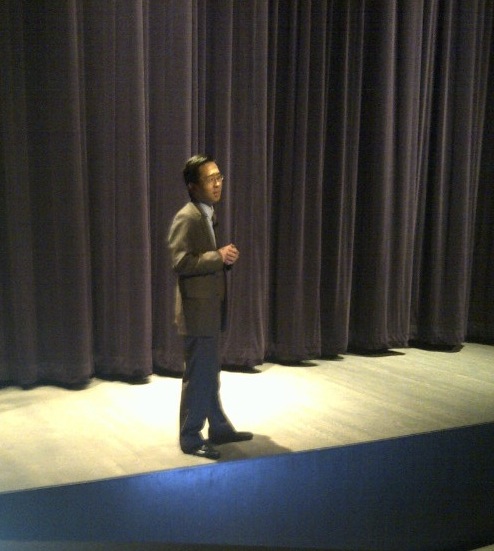 The keynote speaker was recently promoted Chief Technology Officer of the United States, Todd Park. Park formerly was the CTO of the Department of Health and Human Services and spoke of how two main things are happening within healthcare: a change in how payment is made for services and what he called the “data liberacion.”

The system is moving to an incentives-based payment trying to keep people healthy, which diverts from the current “fee for service” payment model. The data liberacion enables healthcare entrepreneurs to take mounds of data and see what they can do with it. A truly key piece of this liberation lets patients get to their own personal health data, such as thousands of veterans have done through the Department of Veteran’s Affairs’ Blue Button program.

Park’s final remarks centered around the idea of giving Americans access to this data with this new way of thinking what is possible. “With this new data available, health entrepreneurs can invent a way out of the healthcare issues,” said Park. “American can invent our way out of this.”

Each of the Healthbox participants was given 12 minutes to present to the room at large asking for investment ranging from $250,000 to $1.5 million. In a bold move from CareHubs.com, no money was asked for capital, as the company is pivoting to a new focus, which would create a space for entrepreneurs and researchers to share in order to find grants that would benefit the ideas both are trying to achieve.

Other news  from Healthbox participants:

– My Coupon Doc has switched up its name and website. The company will launch access to medication coupons through a kiosk at over 500 pharmacies by June 2012. A provider portal will also be added to alert physicians when writing a prescription what coupons are available.

– PUSH Wellness has already beta tested its cash-based incentives program with a Chicago area employer with good results. Employees can receive up to $600 a year in cash for either improving or maintaining healthy changes. Extra motivation in the form of a check for zero dollars will be sent out to those employees who fall off. PUSH is also working on expanding a testing assessment network as the company currently does the initial exams on site. 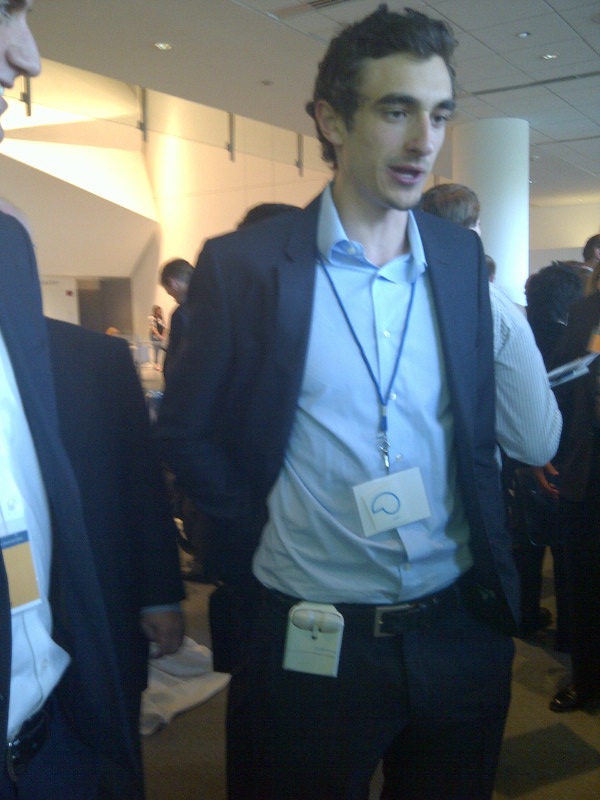 – WedMD just launched a clinical trial finder as part of its site, but Corengi founder Ryan Luce sees it as a good thing for him and his team, proving there is marketability for their services. Patients who select a clinical trial as something not suited for them can communicate with the Corengi team as to why.

– The city of Chicago has partnered with United Preference to run a Tailored Spend program for to promote health in women and children.

– The only app out of Healthbox comes from the Iconic Data team for SwiftPay MD. The app allows physicians who bill through their office for services rendered in the hospital to simply speak the patient and billing information to their smartphone, hit submit, and it will be received by their billers.

The final announcement of the day came from Healthbox founder Nina Nashif. The Healthbox team was approached to do a similar accelerator in Boston, which will take place this August through October. Another Healthbox will take place in Chicago the same January to April timeframe in 2013.

New Combat Uniform Routes Power Within Its Own Fabric