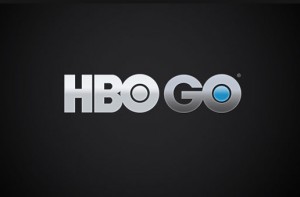 HBO’s robust streaming service HBO GO has been around since 2010, and up until recently was only available on the web and mobile devices. Last year, the service expanded to Roku players and this week it has finally launched as an app on Microsoft’s Xbox 360 console, featuring Kinect support and an overwhelming wealth of content.

The service provides access to over 600 hours of HBO-exclusive content, including every episode of every show the premium network has aired. On top of the hundreds of hours of HBO series, users have access to documentaries, sports events, original HBO-produced movies, and other studio titles. That’s a whopping amount of content, to say the least.

I spent some time poking around the app today and I have to admit the interface is a little bit clunky. It feels much slower in comparison to the Xbox 360’s Netflix app – getting to an episode most of the time requires clicking through four or five menus. In terms of watching videos, I checked out a few episodes of Ricky Gervais’ newest series, Life’s Too Short, and had no problem streaming in full HD quality with a fairly good Internet connection. Given that it’s the first release of the app, the clunkiness is largely forgivable, but hopefully future releases will solve some of the more cumbersome navigation issues.

Technically this new service isn’t actually cutting any cords, as the move to internet-based content is often called. Its biggest drawback is that the service requires an HBO subscription through a cable provider. That means you’re going to be paying for some level of cable in addition to HBO GO access. It’s a steep price of admission, and will likely only be a real draw for those who are paying for cable already.

The launch of HBO GO continues Microsoft’s goal to make their Xbox an all-encompassing home entertainment experience. With the popular Netflix streaming app already in place, and live streaming cable being offered from Verizon FiOS and Comcast XFINITY, the addition of HBO GO places the Xbox 360 as the front runner in securing popular content on any current home entertainment system.

On a more somber note, my girlfriend found out she now has instant access to every episode of Sex in the City ever made. I’m doomed.