There’s no doubt that Chicago daily deals company Groupon has been having some rough times lately. Particularly after its less-than-stellar IPO and impending SEC investigations, and a recent IAmA on news aggregate website reddit isn’t likely to help the company’s public image. An anonymous writer dished to the reddit community in the IAmA subreddit – a popular place for experts on any topic to hold an open forum for questions – about writing witty promotions for a living, the company’s management issues, and how he got fired. 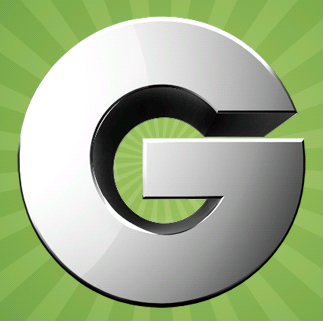 The anonymous user, under the guise of fartjohnson, was quick to admit that writing deal promotions filled with the company’s trademark absurdist humor day in and day out was often a creatively restrictive grind.

“It really drove me nuts,” Johnson wrote. “Occasionally, they let us get pretty creative and write without inhibition (I remember one person wrote a fake Shakespeare sonnet and it made it onto the page) but most of the time, it was the same bullshit.”

Johnson confirmed that he was paid a salary of $37,000, including basic benefits, to write during a standard nine to five workday. On average, Johnson admitted that most promotions generally took between a half hour to sixty minutes to finish, generally writing between six and eight each day. Travel deals, the former writer said, often took a full day to complete.

Johnson wrote that most of the contempt for his job came from the writing department’s poorly organized management structure. A joke he made about the editorial department was what eventually got him into serious trouble, after it ended up circulating around the office via word of mouth. “Nothing racy, offensive, racist, or political, but it offended the editor in chief’s pride enough that he fired me,” wrote Johnson. “In essence, I was fired from writing jokes for making a joke.”

THE BEST AND WORST OF GROUPON’S HUMOR

“One that I remember being particularly bad went something like, ‘Beer, like soap, comes in a bar and livens up any shower.’ Johnson wrote that the joke “wasn’t funny at all for several reasons.”

In regards to his own writing, Johnson admitted that his worst jokes were probably “most of the stuff” he wrote for the company. His favorite, however, he said he wrote “to purposefully piss off some people in Alabama.”

“I think I liked it because I got to insert a not-so-subtle jab at the nature of humanity into a fucking internet coupon,” he wrote.

Some extra tidbits from the thread: the writer came into the company with a degree in radio communications; Johnson off-handedly hinted that Groupon may be working on something to rival Google Wallet; in an alternate reality, Johnson was fired for accidentally defecating on his boss’s desk.

This Is Why I’M Broke Founder Talks Bootstrapping, Reddit, And Not Buying Crap Online