Home > Blog > This Is Why I’M Broke Founder Talks Bootstrapping, Reddit, And Not Buying Crap Online

This Is Why I’M Broke Founder Talks Bootstrapping, Reddit, And Not Buying Crap Online

Looking for giant pancake pillows, the Ultimate Swiss Army Knife, or perhaps some fine china brass knuckles? Chances are that you’ll find it at ThisIsWhyImBroke.com, an online magazine whose purpose is to list cool, random stuff found in the internet shopping world. Begun as a hobby website by Adam Freedman, the startup has since expanded to a staff of six.

Techli caught up with Freedman to ask the budding entrepreneur how it all began, and gain insight in how they work.

AF – I had just turned 25 and I felt like I was going nowhere in life, just wasting my potential away working some catering job and not even going to school anymore. I began quite a mad quest to figure out a career for myself, I took pilot lessons, talked to military recruiters, and started applying everywhere. But I knew that my passion was in having an online business, and started getting back into building websites. In my spare time I built HomeList.org –  a website that didn’t pan out but it taught me a lot. I had been subscribed to a very similar website as ThisIsWhyImBroke at the time, and noticed that while it was cool, it could be improved in a lot of ways. I checked out the competition, and surprisingly it was very little in this “cool products magazine” niche, so I figured I’d give it a try. It really was just supposed to be a hobby site, I never thought it would grow into the huge website that it is now. 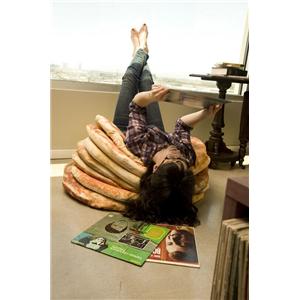 TL – I find that ThisIsWhyImBroke.com is the most distracting corner of the Internet I’ve ever stumbled upon. I could literally spend hours on it. Do your employees ever get distracted on the job?

AF – Surprisingly no. I suspect we’re all just used to seeing cool stuff. If anything, certain employees get too distracted with Reddit, and not our website lol.

TL – Do you often fall victim to your website’s content? [I can already think of at least 10 things on there I’d like to own.]

AF – I think the funniest part of the website is that I’m a really practical and frugal guy, I really wouldn’t buy anything we show on the website with only a few exceptions. Though it’s not really a secret, I actually sometimes mock the ridiculousness of the websites in the descriptions. But, we do get tons of freebies from manufacturers/sellers who want to thank us for the boost in sales. Also, we sell some of the products ourselves via our Amazon seller account, so we do have a ton of these cool products around the office.

TL – Where do you see the business heading in the next five years?

AF – I’m honestly not sure. There has been so many growing pains since the site started, that I haven’t really had the time to think about where we’re headed. I do know that I’d like the site to be the source for great gift ideas for people who have everything, but beyond that I’m not sure.

TL –What has been the biggest learning experience so far?

AF – Probably that I have to be careful with my actions as the site continues to grow. Recently we put up a controversial product, which I personally thought was hilarious, but it offended enough people that we got hate mail and even nearly had our Facebook Page terminated for “offensive material.” I wanted to tell all these people that ThisIsWhyImBroke has always featured weird and somewhat offensive stuff and if they don’t like it then they can stop visiting our website, but it appears we’ve grown to point where we’re actively hitting the mainstream audience. We’ll still put up the offensive and WTF products, because that is apart of what makes our website entertaining, but we know now not to feature them so prominently. 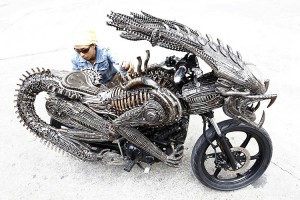 TL – Any advice for bootstrapping entrepreneurs?

AF – Make something people genuinely want or need. Or improve upon something that already exists that has the potential to be something big. If you do that, everything else should take care of it self.

TL – In a recent interview, you mentioned having begun (and failed) several other money-making websites. What pushed you to get up and try again?

AF – I really just didn’t want to give up on the dream, the idea of working 9-5 for someone else might made depressed, like I wasn’t reaching my true potential. I knew it was possible to make a successful online business, I just needed that one good idea.