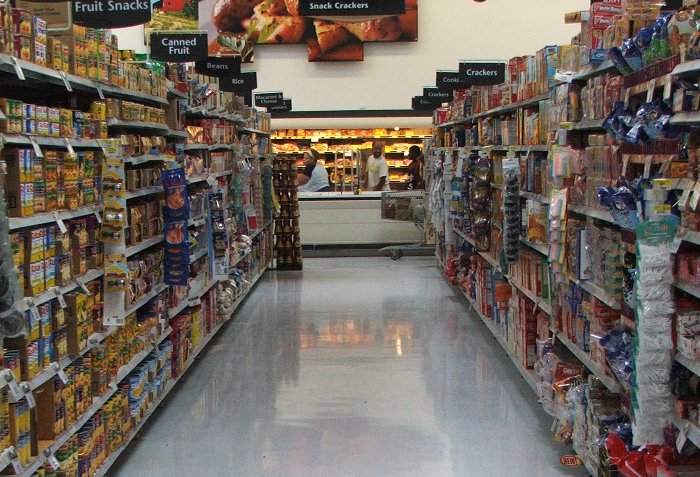 Two developers from Prescott, Arizona have a vision. They want you to be able to punch your grocery list into an app, which they’re calling Grocereé, and see a comparison of local prices, and even what you’d save by dividing your shopping up between outlets.

It’s an idea that’s never been executed well before; in that sense, there’s nothing but potential. By the developers’ own admission, though, the project faces tremendous technical hurdles: Supermarket prices are determined by opaque, ever-shifting negotiations between regional chains – of which there are hundreds in the United States alone – and suppliers. And even if there were an easy way for stores to share their prices with a project like Grocereé , there would be little incentive for highly-priced chains to do so.

“It’s gonna be a challenge, without a doubt,” said Ken Bartlett, who has worked with co-founder Matthew Eis previously, on an unsuccessful educational tool called eduSlate.

They’re working on a number of avenues to that data. Eis has built software that crawls the web for pricing information – but bear in mind that in the low-tech world of grocery stores, some chains don’t even have web sites, nevermind online shopping.

At the same time, Bartlett is negotiating with supermarkets to gain access to price data directly. So far, it’s been discouraging – he’s been shot down already on a handful of occasions – but the project’s revenue model is based on marketing customer data and promoted deals to grocers, so they hope that as interest grows, they can use those resources as data bargaining chips.

“These grocery stores are looking at us with no product out yet, and no idea what it can do,” Bartlett said. “As our users give us suggestions, and we bring that to the chains, they’ll see that there’s demand here.”

Finally, they hope to leverage users as data collectors by emphasizing the social aspects of shopping, using optical character recognition to share deals on Facebook and Twitter – and adding that information to their database.

Barlett concedes that the data-gathering challenges to the project are imposing, and that to start with, they’re going to focus primarily on national chains. The project will enter a beta phase in about two months, and will be available for iOS, Android, OS X, and Windows.

“We want to get people involved in the app, and get them to feel like they have something to do with this,” Bartlett said. “We just want to make shoppers more aware. If that means stores need to cut prices, or make their stores more edgy and appealing, so be it. Consumers want things to be digital.”

Grocereé  in the process of bringing a third developer and an interface designer on board. There’s not much of a startup scene in Prescott, Bartlett said, and they’re open to relocating as they look to move beyond the bootstrapped phase.

Bright Aims To Be The OkCupid Of Job Hunting

Pearl: Probably Not A Quora-Killer