Home > Blog > Bright Aims To Be The OkCupid Of Job Hunting

Bright Aims To Be The OkCupid Of Job Hunting 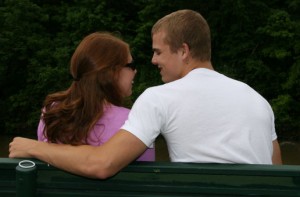 Bright launched with a splash Tuesday, riding the wave of news that the job-hunting venture has raised $6 million in funds from angel investors. It’s interesting to note that a clear antecedent to the service is popular online dating services like OkCupid, which assigns similar zero-through-100 compatibility ratings to potential paramours based on lengthy questionnaires.

A Bright spokesperson said that the project was influenced by OkCupid in the sense that algorithms are needed to “sift through the noise to get to the signal” in the oceans of data found in dating and job hunting.

“There is a fundamental problem in the job market – it is inefficient, time-consuming and costly,” said Bright CEO Steve Goodman, in a press release. “The job search process for too many people is a difficult journey that gets the best of even the most passionate among us.”

Like OkCupid, Bright matches job seekers to positions based on collected data. The company plans to let employers pay extra to view well-matched candidates, in another nod to successful freemium dating services like OkCupid.

The idea is to connect “job seekers with opportunities where they can attract the attention of hiring managers, and provides employers with a short list of the top candidates that make sense to interview,” Goodman said. “With the Bright Score, we use data science to simplify the process for both job seekers and employers.”

It’s too soon to say whether both job seekers and employers will latch onto the service, but Bright seems to have spared no research cost in designing the service. The company’s development process, which it said took 18 months and involved a team of neuroscientists, mathematicians, and nuclear physicists, aimed to address average hiring times of two to six months and an average employer expenditure of $5,504 per hire.

Digital matchmaking – or enemy-making – isn’t confined to the job market and the dating scene. DifferentFeather is a project aimed at increasing the breadth of online news consumers read by matching them with content usually sought out by their political, social and demographic opposites.