Ryan Bell set out to solve a problem he was facing, and it turned out there were many people out there facing the same issue. Ryan is a software developer who is most productive late in the evening. He kept finding ideas and articles to share on Twitter and Facebook when most people were sleeping. So he came up with a social media scheduling software, allowing his tweets and Facebook messages to be posted during normal business hours. He decided to share his software to the world, and was shocked by the response. Over 100,000 people started using the product. Ryan knew he was on to something.

Ryan is the CEO and founder of Gremln.com. After seeing how popular his social media tool became with almost no marketing, he listened to his users to develop a suite of software for businesses to get more out of social media. Gremln provides web-based software for businesses to engage in social networks and calculate the return on investment for the time and money they spend doing it. In addition, Gremln provides a consumer sentiment tool to help businesses understand how people are talking about them on the web. The company is looking to take advantage of businesses’ increased awareness of social media as a critical part of their marketing outreach. Their closest competitor is Hootsuite, a Canadian based company which has raised just under $5 million in venture capital and boasts 2 million users. 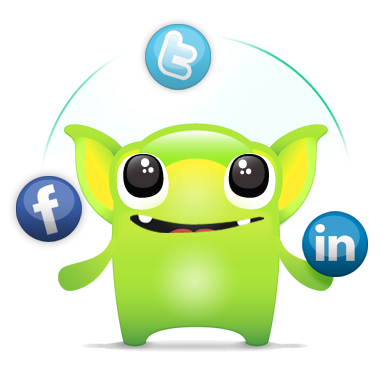 Gremln is getting ready to launch their private beta soon, and expects to offer the product commercially in December. The company currently has 12 employees. The management team is comprised of Ryan Bell – CEO, David Bell — the marketing manager, Clayton Smith — the content manager, and Chris Smith — the lead software engineer. So far about $400,000 has been invested in the company, and they are planning a $1 million raise in the next 4-6 months. They have attracted quite a bit of national attention for their tools. The company’s initial software suite was selected by PCWorld magazine as a top five Twitter application for business users, and was a finalist at the 2011 Shorty Awards for best social media application.

The company was recently accepted into St. Louis’ seed accelerator program Capital Innovators. The program provides 12 weeks of intensive mentoring and $50,000 seed capital in exchange for a equity stake in the business. Ryan said that the seed capital was a major reason why the company chose to participate in the program. He also really enjoys that Capital Innovators is based in a new technology incubator in downtown St. Louis called T-Rex with many other startups. He said the atmosphere is great because everyone is working on very innovative new ventures. Ryan also said the Gremln has benefited from several great mentors in St. Louis including Hal Gentry and Brian Blanchard.

With social media becoming a bigger part of people’s lives everyday, Gremln is certainly poised to take advantage of this growing market.