It seems increasingly likely that, in the next few months, Google will begin secret experiments in its hometown of Mountain View, as well as LA and New York.

Google has applied for permission to trial a mysterious new device. Rumor has it that the device will allow users to stream music throughout every room in their house … without wires.

The news comes hot on the heels of a (perhaps gimmicky) Google invention where users simply tap a CD against a device to scan and play music. The internet has been ablaze with speculation. What exactly are they creating? What do they hope to achieve?

But the biggest question is this: Why sound?

Humans are visual creatures. The home entertainment industry has focussed on delighting the eyeball.  Sony, Samsung, LG and others vie with each other to make bigger, better, brighter televisions. More and more of us feel naked without the dark presence of an enormous LCD screen on our lounge room walls. And just when we thought we could relax, along comes the 3D TV.

It’s one hell of a field to compete in: and Google has obviously decided to look over the fence at a different field: sound. 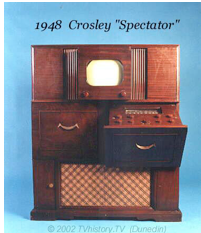 Is it a smart choice? Do we really care about sound? In this digital age, we would be hard pressed to find someone clinging on to their old boxy TV. However, how many of us have committed time, money and effort into upgrading our sound system?

Sound has always been considered the field of audio boffins: geeky types who spend hours tweaking their bass shaker cross-overs and manipulating the gain on their subwoofer amps.

That said, all of us spend an inordinate amount of time listening to music: on the train, on the bus, at work. Has Google realised that the field of sound is wide open? If Google can make it easy for us to stream sound throughout our home, will we pay the big bucks to do it?

Google TV is already a buzzword, and there are many competitors hot on Google’s heels in this category. But a device that streams music throughout your home: that’s a whole new ballgame.

While everyone is looking the other way, Google (yet again) has its ear to the ground.