In response to an anti-trust investigation into whether the company has fudged search results to edge out competitors, search giant Google commissioned UCLA law professor Eugene Volokh to pen a legal defense, based on the First Amendment, for manipulating search rankings. 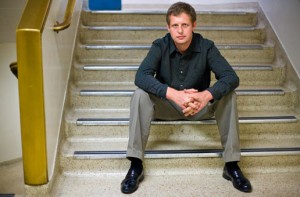 It’s no accident that the report comes as the Federal Trade Commission turns up the heat in an antitrust investigation against the company – even hiring star prosecutor Beth Wilkinson, best known for her part in the trial of domestic terrorist Timothy McVeigh. But blowing up search results is just part of the “mix of science and art,” of ranking web sites, and is protected by free speech laws, Volokh says.

It’s not clear, Volokh wrote, whether Google has in fact prioritized certain search results in its rankings – but “even if it is assumed that Google engages or plans to engage in such prioritizing, that prioritizing would constitute the legitimate exercise of Google’s First Amendment right to decide how to present information in its speech to its users.”

While Volokh, who also heads notable legal blog The Volokh Conspiracy, concedes that the means of information compilation and delivery have changed since print was a primary medium of outreach, he says the same First Amendment principle is at stake.

“Of course, search engines produce and deliver their speech through a different technology than that traditionally used for newspapers and books,” he wrote. “The information has become much easier for readers to access, much more customized to the user’s interests, and much easier for readers to act on. The speech is thus now even more valuable to customers than it was before. But the freedom to distribute, select, and arrange such speech remains the same.”

The free speech defense creates an uncomfortable moment when Google co-founder Sergey Brin is speaking out publicly in favor of the open web – a familiar tone for the company, which grew to prominence sorting through and organizing massive quantities of online data, and has opposed pro-censorship legislation – at the same time others in the company are paying a legal expert to defend their right to obfuscate results for financial gain.

PaidContent’s Jeff Roberts made an interesting observation as well: While Google has, in the past, responded to anti-trust allegations by painting itself as an underdog, the company now appears to have accepted its dominant market position by moving directly to a First Amendment defense.