Google integrated traffic data in Google Maps this week, in a feature that takes road congestion into account in estimations of travel time.

“In areas where the information is available, this new and improved feature evaluates current traffic conditions and is constantly being refreshed to provide you with the most accurate, up-to-date estimate possible,” wrote Google software engineer Szabolcs Payrits.

The feature, which is currently available only in some areas, uses historic as well as current data on road condition, Payrits said.

Wednesday, the company rolled out a new interface for the Android version of Google Maps – in time, according to the company, for the service to dispense a landmark 50 billion kilometers of directions, or 130,000 flights to the moon. In a nod to the well-received “retina display” on rival Apple‘s newest iPad, the app introduces better support for high resolution displays, like those found on the Android-based Galaxy S II and Droid Razr.

One group that may be less than pleased by the new features are cab drivers, who before the advent of GPS technology needed to memorize prodigious quantities of geographic information to do their jobs. The obsolescence of that field of study is a sobering case study of the ways in which advanced artificial intelligence is beginning to encroach on skilled occupations traditionally dominated by humans.

In London, for example, cab drivers are still required to pass a challenging examination known as the “Knowledge,” which incorporates some 25,000 streets and 20,000 landmarks. Recent research showed that studying for that demanding test caused significant growth in areas of the brain that handled memory.

With increasingly sophisticated hardware and software that displays maps, the history of that tradition is likely in jeopardy.

And eventually, cabbies’ jobs may be menaced by an even more futuristic trend. The technology behind self-driving automobiles, which use sophisticated code and sensors to navigate the laws of physics and those of the road, are likely to eventually efface the livelihoods of fallible human drivers – unless, that is, they are protected by human-friendly legislation.

A central player in the technology of self-driving cars? You guessed it. Google. 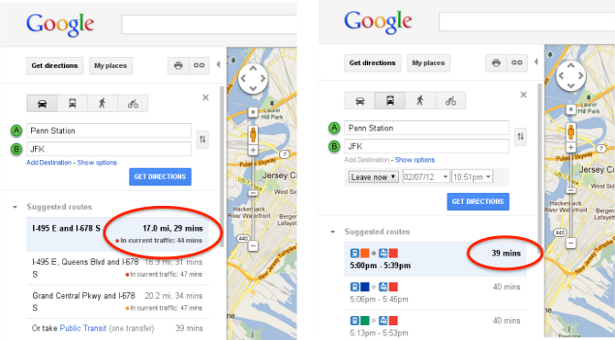