Last week the Hebrew University of Jerusalem and the Einstein Papers Project relaunched its website, which now hosts all archived Einstein documents, making the complete collection available to the public for the first time.

The revamped digital archive was launched on the 19th of this month, commemorating the 133rd birthday of the scientist. The collection contains more than 80,000 documents compiled by researchers over the past two decades. The archive features scientific research papers, lectures, notebooks, and correspondence to and from Einstein. 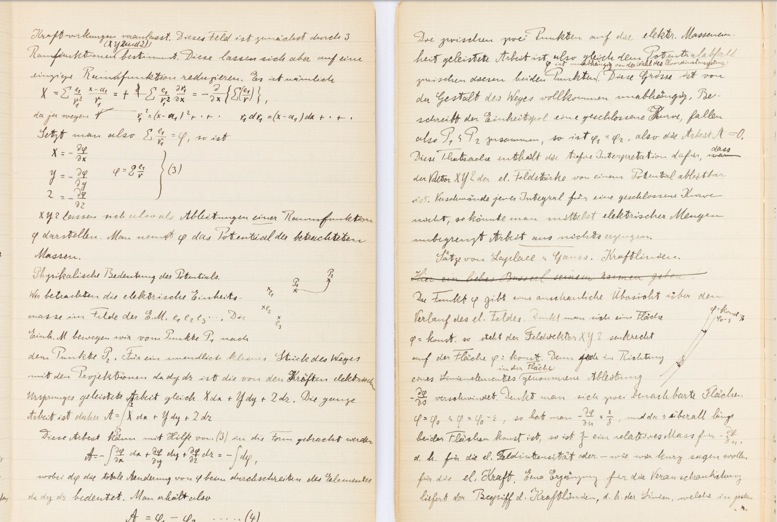 One of the most famous documents featured in the collection is Einstein’s article “E=mc²: On the Most Urgent Problem of Our Time,” which is one of only three manuscripts in existence to feature the famous formula in his own writing. One similarly famous, note-worthy notebook in the collection provides new insight into the details of Einstein’s research on his theory of general relativity, known as the Zurich notebook, most likely completed in 1913.

Many of Einstein’s personal letters were included in the collection, some of which debuted for the first time at the press conference announcing the complete online archive. The collection includes extremely personal artifacts like a postcard Einstein wrote to his sick mother, and letters to his 24 year-old mistress, Betty Neumann.

The website was originally launched in 2003 and contained roughly half of the documents it features now, all of which were originally bequeathed to the Hebrew University upon Einstein’s death in 1955. The archive now features more than 2,000 high quality document images, with hopes to continue adding more in the future. The digitization process was funded by the Polonsky Foundation UK, which was responsible for similarly generating digital records of Sir Isaac Newton’s works for the University of Cambridge.

After spending some time with the website I have to admit it’s a bit difficult to navigate. The content has been updated but the interface feels largely stuck in 2003. I did, however, find the images (the notebooks in particular) to be really fascinating to view, even if I understand absolutely none of it.