Home > Blog > Is That Avocado Ripe? Scan It With Your Smartphone

In the future, according to German researchers, savvy grocery shoppers will use their smartphones at the supermarket – not to check pricing or nutrition info, but to scan the interior of actual fruits, vegetables, and meats to detect their freshness and chemical balance. 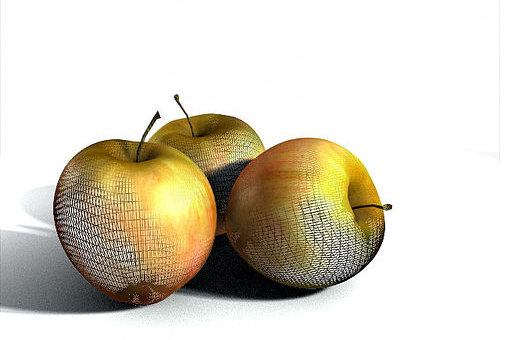 That prediction is based on research at the Fraunhofer Institute for Photonic Microsystems, where scientists have developed a small sensor that shines a broad-bandwidth light onto – and into – an organic compound, and reads the wavelengths reflected back to quickly analyze the composition of the material.

Based on that analysis, software can make sophisticated recommendations, such as whether a pear has a high, desirable fructose content, or whether an apple has already started to rot from the inside out.

“We expect spectrometers to develop in the same way that digital cameras did,” said Fraunhofer business manager Heinrich Granger, in a press release. “A camera that cost 500 euros [or about $630 USD at current exchange rates] ten years ago is far less capable than the ones you get virtually for free today in your cell phone.”

The new spectrometer, which is about the size of a sugar cube, is manufactured directly on a silicon wafer, in contrast to established techniques. It’s notable for its small size, and researchers say it will really shine when it is integrated with mobile technology, giving consumers unprecedented tools for analysis. They ambitiously predict the device will go to market in between three and five years.

“We are developing intelligent algorithms that analyze the recorded spectrums immediately, compare them with the requirements and then advise the consumer whether or not to buy the item,” they wrote. “This advice is based solely on quality features such as ripeness and water content.

The Fraunhofer developers emphasize that the device cannot analyze foodstuffs for microbes or toxins. While available materials focus on the device’s potential uses to consumers, it’s not clear what applications it could have in other fields.

The developers will exhibit a prototype of the sensor in Rosemont, IL – near Chigaco – at the Sensors Expo & Conference, on June 6th and 7th.

Write Code On The Fly With New Worqshop for iPad