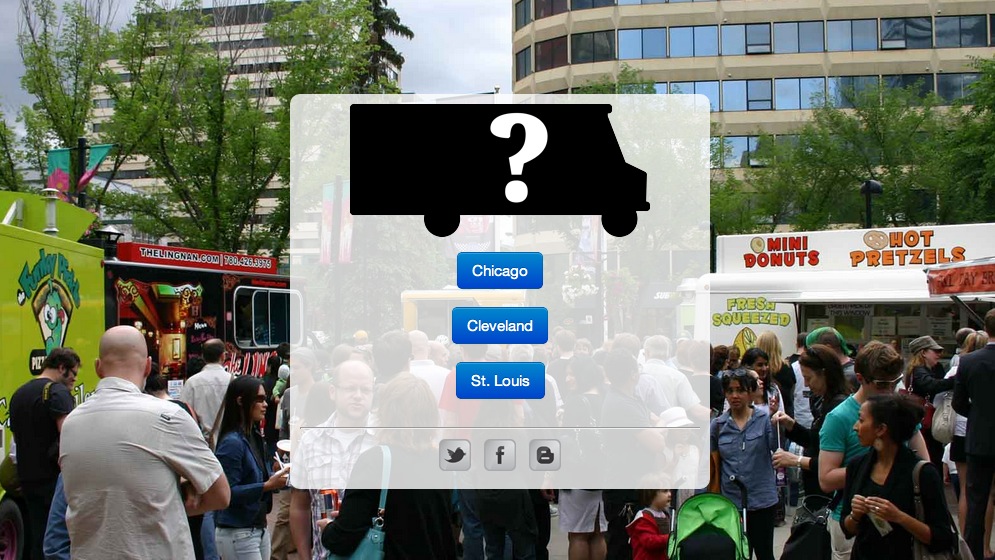 Do you have a favorite food truck, but have trouble tracking it down when that fierce burrito craving strikes? St. Louis startup Food Trucks Near Me hopes to cure your truck tracking woes by keeping a close eye on each of the popular food trucks in your city, allowing you to follow their social media updates and even peruse each truck’s menu to discover new favorites.

“Combine programming, hunger, and an affinity for food trucks, and Food Trucks Near Me is born,” wrote Philip I. Thomas, who founded the service this year in the midst of studying engineering and physics at Washington University. Thomas spent a total of two days creating the framework of the website, driven by personal frustrations of tracking down his favorite local food truck.

The student admits that his engineering education has contributed to his approach to launching a business. “I have started to realize that the core value of engineering is laziness,” Thomas admitted. “If you find something that’s difficult, you are trained to make it easier.”

Food Trucks Near Me originally launched as Food Trucks STL, but after two weeks and thousands of visits, Thomas decided to take the project national. So far the service is available in St. Louis, Chicago, and Cleveland, but Thomas hopes to quickly expand to more cities across the US. “The new site’s core is designed to scale to make adding new trucks and cities easy,” the founder said, adding that from the beginning the design has been optimized for both smartphone and tablet devices.

For now Food Trucks Near Me is making money by allowing trucks to pay a small fee to break alphabetical order and get a top spot on the list. Thomas said the team is still experimenting with ads.

Food Trucks Near Me is currently entirely bootstrapped by Thomas, who admitted that around 90 percent of the work was done in Kaldis coffee shops. The company is currently focusing on improving the website and building a community before seeking out any fundraising. “If people like the site and that forces us to grow, then maybe seeking investment will come on the table,” wrote Thomas.

The founder’s favorite food truck and inspiration for beginning the venture? “Taco Truck STL,” he said. “I love their burritos.”

Be sure to follow Food Trucks Near Me on Twitter to keep track of the service’s expansion to other cities around the US.