Chicago November 12-14: The very popular Startup Weekend series of national events comes to Chicago for 54 hours of all out geekery and startup building.

Flyover Geeks has signed on as an official media sponsor of the event and will look forward to bringing all the highlights straight to you as they happen!

Startup Weekend, a non-profit organization based in Seattle, Washington, announced the first “Global Startup Battle,” an event designed to challenge and inspire entrepreneurs from around the world during Global Entrepreneurship Week.

Startup Weekend challenges those that attend any of its 100+ events around the world each year to pitch ideas for new technology startups, form teams and build functional prototypes in just 54 hours. The events are designed to provide entrepreneurs and aspiring entrepreneurs an opportunity to meet like-minded people, exchange ideas, and benefit from the educational value inherent in the hands-on experience of rapidly building a new venture. While these “tech weekend warrior” events typically result in declaring a winner, Startup Weekend is taking the competitive edge to an entirely new level during this year’s Global Entrepreneurship Week by hosting a full-scale, no holds barred “Global Startup Battle.”

Global Startup Battle is a capstone event that ties together teams from over twenty Startup Weekend events taking place during Global Entrepreneurship Week (November 12-21) in cities around the world from San Francisco to Sao Paulo, from Boston to Beirut and beyond. The winning team from each event — as decided by a panel of local expert judges — will have 24 hours to create a 90-second video pitch that highlights their freshly-launched product or service. Viewers from around the world will then be invited to view the video pitches and vote for their favorite concept. The winners will take home an assortment of cash and prizes from partners such as Twilio, oDesk, Microsoft and Lexmark, and some one-on-one time with a celebrity venture capitalist or angel investor (TBA). 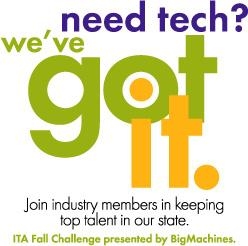