Home > Blog > FillAnyPDF: Dallas Startup that takes the paper out of forms

FillAnyPDF: Dallas Startup that takes the paper out of forms

This is the first post in a series highlighting startup companies based in Texas. FillAnyPDF.com is an easy, fast and free way to make a fillable PDF form – perfect for electronic signatures, applications, and other paperwork.

A year and a half ago, Brian Wiblin saw his company doing something that needed to stop. Hundreds of forms were being printed, filled out, and scanned day after day, only to be put in storage immediately after  never be seen again. The process was consuming time, space, and resources – but it didn’t have to be this way.

FillAnyPDF.com is an easy, fast and free way to make a fillable PDF form. All you have to do is go to the site, select which pdf you’d like to upload, and voila! You’re immediately able to insert type, links, comments, as well as draw freehand (for signatures), and highlight text.

I spoke with Brian earlier this week to hear his startup story.

During development, Brian said the hardest thing for his team was “Taking all the requests from customers and balancing the features in a way that makes sense for the most users.” Initially, they had seen it as the perfect tool for handling business forms such as non-disclosure agreements, sales agreements, and even HR forms. They soon learned that its application was far broader than they had thought, as they received e-mails from customers in the realm of education, who use it for college applications, permission slips, even homework assignments.

This utility is bringing them great success. In June 2010, FillAnyPDF was named “Website of the Month” by Popular Science magazine, adding to the growing stream of tweets, e-mails, and other positive feedback from customers and publications.

Beyond the product, I spoke with Brian about the Dallas startup community.

“There’s plenty of good support including experienced executives, mentors, and developers to help get your business off the ground.  TechWildcatters, for example, is a great resource for all these things.”

Moving forward, Brian plans to continue launching new features and promote FillAnyPDF’s newly released API, which allows developers to add FillAnyPDF’s functionality to any website. To learn more about FillAnyPDF, go to FillAnyPDF.com and keep up with their company blog here. 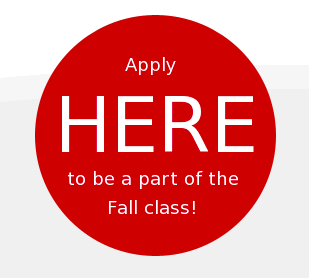