The Federal Bureau of Investigation raised some eyebrows this week when it tacitly admitted it couldn’t get past the pattern lock on an Android handset, by serving Google with a warrant to access data stored on a secured Samsung Exhibit II phone.

Electronic Frontier Foundation staff attorney Hanni Fakhoury compares the situation to two recent cases in which authorities ordered defendants to decrypt files stored on disk drives. Those cases were, for technical reasons, decided differently — but the main distinction, according to Fakhoury, is that in this instance the FBI sidestepped some thorny Fifth Amendment questions by going straight to Google, which created the Android mobile operating system. 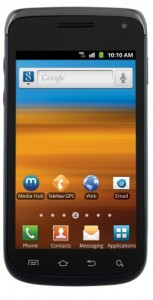 The FBI wants data contained on the phone for the prosecution of Dante Dears, a previously convicted pimp operating out of San Diego. It is alleged that Dears used the Samsung phone to coordinate sex work following his release from prison in 2009. But after obtaining the phone, an FBI regional forensic data lab was unable to access its data, including potentially incriminating text messages.

The warrant application, written by special agent Jonathan Cupina, requests that Google “provide law enforcement with any and all means of gaining access, including login and password information, password reset, and/or manufacturer default code, in order to obtain the complete contents of the memory of cellular telephone described below.”

The Electronic Frontier Foundation is watching the case with interest, though they are not sure whether they will take any action, as they did with the decryption incidents. But Fakhoury says he is glad the FBI opted for the transparency of a warrant.

“The one nice thing I can say is that the government went and got a search warrant instead of getting a subpoena, or one of the lesser processes that exist in our legal system,” Fakhoury said.

Details of Dears’ earlier trial, which describe a prostitution ring that preyed on and physically abused underage women, do not inspire sympathy. But the FBI’s request demonstrates that there are limitations to the degree of privacy technology can legally afford — and is a testament to the strength of Google’s Android security system.

It is not clear whether Google will comply with the request, or even whether the company would be able to break into a secured Android device. Fakhoury believes it is likely the company will choose not to challenge the warrant.

“I have not been all that impressed with the government’s abilities to handle electronic evidence and computer data,” Fakhoury said.

Google rival Apple has been embarrassed on more than one occasion when it was discovered that the iPhone’s passcode system could be easily bypassed.

Editorial: In Defense Of KONY 2012