Wednesday afternoon Facebook revealed an about page titled “About Advertising on Facebook.” Users were prompted by Facebook with a drop down box above their News Feed tempting them to view the new about page by asking “ever wonder how Facebook makes money?”

The new about page includes a very simplistic description of a typical advertising transaction on the Facebook platform. First a business creates an ad, then the business pays Facebook for ad placement, finally Facebook directs the ad to what they refer to as “the right people.”

The page also includes a video in which the speaker claims that it cost Facebook “over a billion dollars” to pay the best engineers in the world to keep the site up and running. Finally, Facebook debunks some “theories” as to how the company makes money, including the difference between sponsored stories and Facebook ads.

Facebook presumably created the page as an “airbag” to prepare users for the up and coming Sponsored Stories that they will be seeing starting in January. Similar to the Twitter advertising model, a Sponsored Story advertisement will make the transition from the right hand side of the dashboard to the immediate focal point of every user’s attention on Facebook: the News Feed. This update to the Facebook business model may rub some users the wrong way after years of privacy problems and last month’s USA Today article scrutinizing Facebook’s tracking mechanisms.

On the new about page, Facebook informs the users that “ads help keep Facebook free” and unlike television, Facebook users have the choice to remove ads that don’t interest them. What Facebook fails to mention is that they in turn use that removal process to learn more about the user for more precise advertisement to them in the future.

Perhaps the most obvious question that Facebook fails to address on the newly released about page is exactly how they know who the “right people” are to target their advertisements at. Facebook neglects to mention that every status update, link shared, song listened to, “like”, and all other forms of action taken on the platform by users are recorded and saved. This information is then used to directly traget advertisements to each and every user on the site. 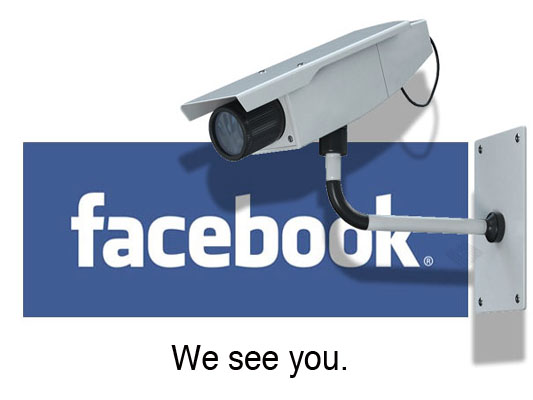 I heard a rumor floating around the blog universe that logging into facebook stores cookies that track your off facebook browsing habits. Â They then use this information to present ads based on that content. Â

Any chance you know if this is true?