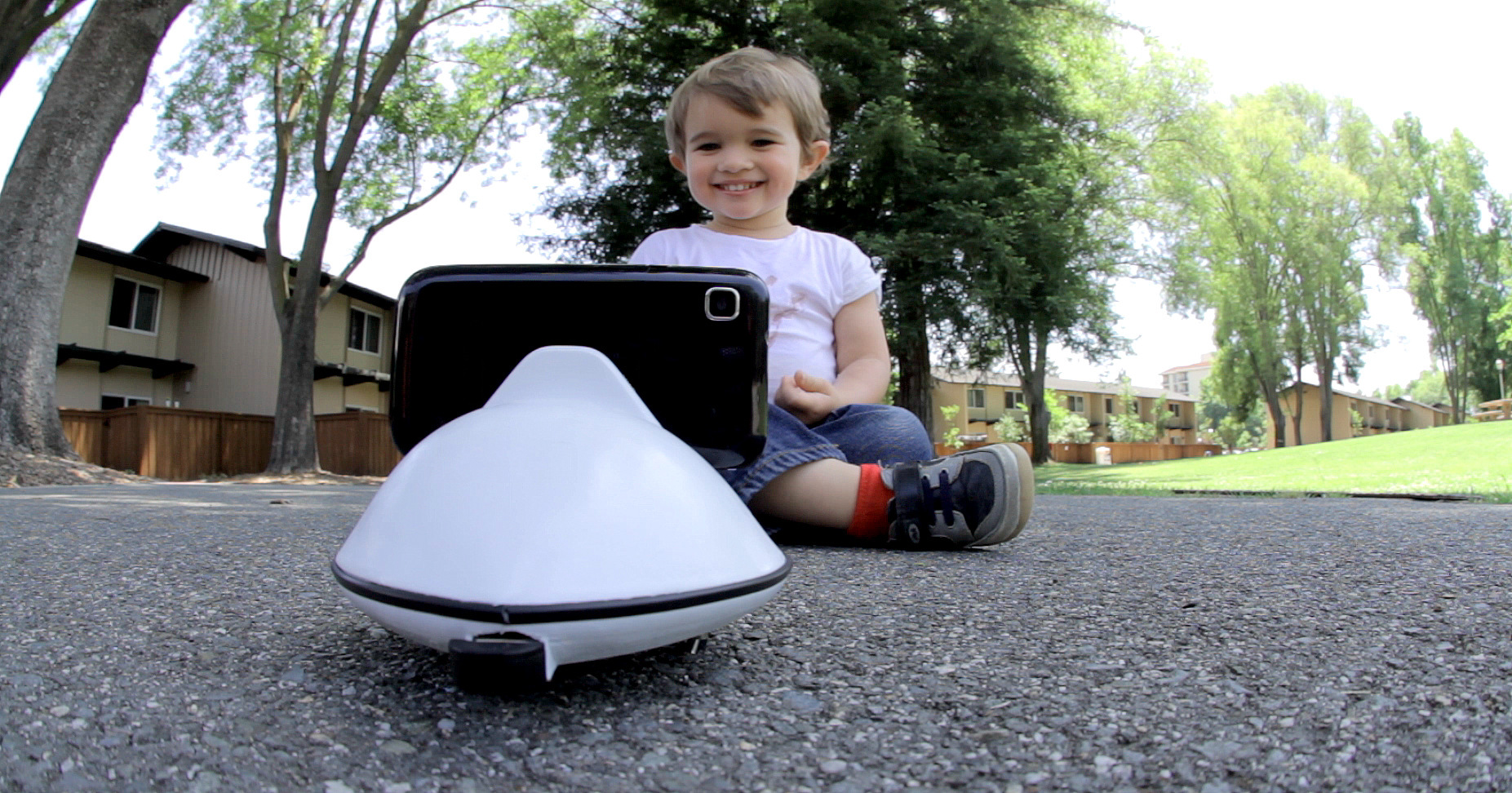 A new Kickstarter project is aiming to bring remote telepresence into the hands of smartphone users everywhere. Botiful, a remotely controlled smartphone cradle, allows Skype users to add mobility to their online video conferences using a swiveling set of wheels on the bottom of the device for forward movement and turning, along with a smartphone dock that provides tilting camera adjustments.

The telepresence robot was created by Claire Delaunay, an engineer working for SRI, a non-profit research and development company in southern California. The inventor said she began working on Botiful soon after moving to Palo Alto from Paris, and found that giving the remote user control of their presence allowed for more engaging long-distance interactions. “You really feel like the remote user is present with you,” Delaunay said.

According to the product’s Kickstarter page, the Botiful isn’t just intended for mobile video conferencing. The robot can be used for simple play, inspecting hard to reach places, visiting remote locations, torturing your various pets, and even monitoring your children. “Your only limit is your imagination,” said the creator.

Check out the pitch video below, narrated by the adorable and extremely French creator herself. Be sure to stick around for the last minute to witness a robot battle of truly geeky proportions.

Delaunay plans to release a software development kit to expand the applications of the robot even further once it hits the consumer market. The Skype remote control interface already features applications that allow users to make pre-set gestures, including dancing and affirmative/negative head nods. Into the future, users will be able to download new applications and gestures as the Botiful community creates them.

For now Botiful is only compatible with the Android OS, though the creator said they will be adding iOS support if they surpass the Kickstarter goal of $90,000. The project is already nearly halfway there, with nearly 100 backers and just under a month left to go.

For $199 robot enthusiasts can snag a Botiful of their very own, discounted at an early bird price; Delaunay expects the robot to retail for upwards of $300 once it hits the market. For an extra $200 the creator will even treat you to dinner via inevitably awkward remote Skype conversation, so dinner will be on you.

Head on over to the Botiful Kickstarter page to learn more about the cutest, most affordable telepresence robot around. You just might fall in love.