Home > Blog > Ben Horowitz Defends Instagram Payday That Could Have Been

Ben Horowitz Defends Instagram Payday That Could Have Been

Late Sunday night Ben Horowitz of venture capital firm Andreessen Horowitz wrote a blog post defending the comparatively meager payday the company received when Instagram was acquired by Facebook this month. That meager amount was $78 million, a return of more than 300 times its original investment.

“Ordinarily, when someone criticizes me for only making 312 times my money, I let the logic of their statement speak for itself,” he wrote. 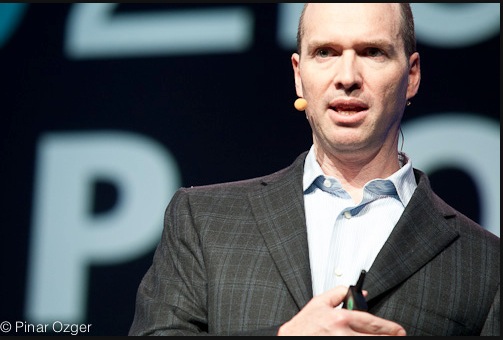 Horowitz wrote the post primarily to detail the conflicting investments that led the company away from further backing Instagram, even as it began to pull ahead of the competition. The entrepreneur explained how they had invested in Kevin Systrom’s project before it ever became the popular photo sharing app, which as it pivoted, led to conflict with another investment in Dalton Caldwell’s PicPlz.

Before it was Instagram, Systrom’s service was a location-based web app called Burbn. Andreessen Horowitz had a stake in the service as it started, but once Systrom realized image sharing was the biggest feature in Burbn, he pivoted the startup into the image focused service that it is today. Once Burbn changed into Instagram – a move which Horowitz maintains as “organic” on Systrom’s part – the venture firm faced an ethical decision about whether or not to continue to back two competing companies.

After speaking with both entrepreneurs and much internal discussion, we concluded that funding Kevin to compete with Dalton would be a violation of the original implicit commitment we made to Dalton–to not fund competitors to PicPlz… we unilaterally and without compensation or consideration gave Kevin back [information and pro rata] rights and did not invest further in Instagram.

Horowitz wrote that the decision was “the thing that we did that many writers think was really stupid,” but admits that if they had to do it again the they wouldn’t have done anything differently.

It’s nice to see a company stand by the ethics of their investments, even when a ton of money could be made from shifting them. Critics aside, the company’s insistence on sticking to a respectable path will foster a very different reputation than it might have received upon retaining stakes in competing companies.

Even if Andreessen Horowitz could have made a truckload of money from further investments in Instagram, the $78 million it’ll receive when the Facebook acquisition closes is nothing to sneeze at. As an introduction to the post Horowitz linked and quoted a hip hop song by Mase, presumably directed at all the critics and haters out there.

Now what the hell is you lookin’ for? / Can’t a young man get money anymore? / Let my pants sag down to the floor / Really do it matter as long as I score?

The Must-Have Gadgets of Young Entrepreneurs