Home > Blog > Conduct Your Own Outer Space Experiments With ArduSat

Conduct Your Own Outer Space Experiments With ArduSat 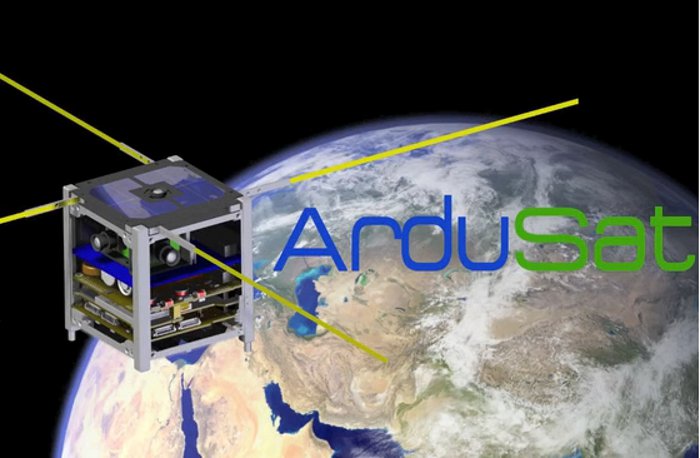 A team of space enthusiasts is raising funds on Kickstarter to launch a bank of Arduino processors and cache sensors into orbit. But they’re not going to hoard the payload once it’s in space. Instead, they’ll let users on the ground conduct experiments, like detecting meteors as they vaporize in the atmosphere, photographing extreme weather, and mapping the emitted spectrum of the sun.

“We would like to engage as many people as possible in space exploration, from all ages and all walks of life,” said ArduSat representative Reka Kovacs, with the goal of making “space exploration affordable and accessible for everyone by providing open source hardware in space.”

That open model is pivotal to the project, which the team would like to see fill a research niche akin to what app stores have done for mobile software. But instead of distributing homebrewed apps, ArduSat will be gathering very real data, and providing a valuable educational opportunity.

The goal, Kovacs said, is “exponential technological development and disruptive technologies in the space sector,” driven by a “genuine desire to bring space to everyone and [to leverage] the inherent inspiration from space to drive STEM education.”

The international team includes physicist Peter Platzer, who has worked as a Wall Street investment manager as well as at CERN, and aerospace engineers Jeroen Cappaert and Joel Spark. Both Cappaert and Kovacs are currently interning with NASA.

The project was inspired by Platzer’s own experience hacking Arduino controllers and other open source platforms. Like terrestrial systems, development kits for the satellite will let users on the ground write code to interface its components — though they’ll test code on the ground first, to make sure that it runs properly.

ArduSat has currently raised more than $85,000 out of a $35,000 goal, with two days remaining (it’s using the overage to double the size of the module, and to improve the camera and sensors). Now-claimed contribution rewards included a week of uptime to use the satellite, as well as the right to name the device.