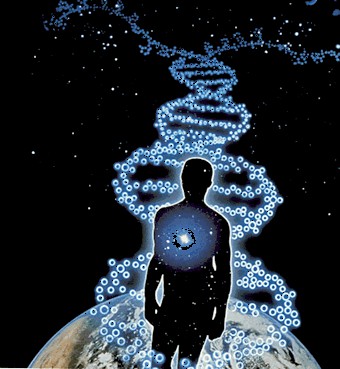 ArborVita Associates (AVA), wants to disrupt the current process for performing genetic experiments on mice in order to facilitate faster genetic research that will lead to more discoveries and break-throughs in a shorter timeframe.

John Nelson one of the co-founders and the Director of Business Development uses the analogy that DRAP is the ‘Find & Replace’ function for cells:  you find a specific cell and then replace it to suit your specific needs.

Gene modification is common in many types of medical research for both academic and commercial purposes.

Much of this research is performed on mice which have been genetically altered by scientists so they have the exact gene make up required for their specific research needs. These mice are called ”knockout mice”.

Gene research on mice can’t begin until they have the right knockout mouse and developing a knockout mouse can be an expensive and painfully slow process. These mice can cost up to $20,000 and take two years to breed.  If DRAP proves to be successful, they will be able to produce a significantly cheaper mouse in a fraction of the time. If this works, it will be a disruptive technology in the genetics field. While the cost savings are significant, the arguably more impactful benefit of DRAP is the time savings. If researchers are able to begin testing in a much shorter time frame with less effort to develop the knockout mouse, they can realistically perform more experiments. AVA’s technology will allow those using it to do more experiments cheaper and faster.

AVA is currently performing research testing with a large commercial transgenetic facility and expects the result by the end of the year. This testing aims to change a brown mouse, with a specific genetic defect that makes it albino, back to brown. This will be a clear and visible measure of success or failure.

According to Nelson, “if the results come back as expected, it should be groundbreaking.” Assuming successful testing, AVA should begin generating revenue by spring of 2012. The company has been bootstrapping until now but Nelson did indicate that while they are not actively seeking funding they would “entertain funding under the right conditions.”

The company is currently operating virtually but all of Nelson’s business development activities are based out of Chicago. Nelson works closely with one of his co-founders and uncle, Dr. Andrew Eisen. Dr. Eisen holds both an MD and PhD in Biophysics from the University of Pennsylvania and is the creator of the DRAP method. Dr. Eisen first started working with DRAP as a post-doc in the early 90’s at the Albert Einstein College of Medicine, and formed AVA in 2003. He has an exclusive agreement with Einstein College to license the technology.