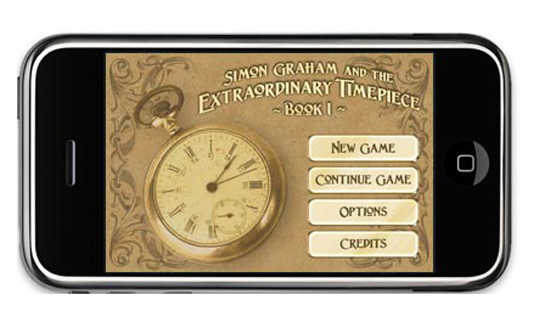 App Reviews: Revz and Simon Graham and the Extraordinary Timepiece

Over the last couple of months I have been app-deep in iPhone 4 reviews. From productivity and lifestyle to utilities and social, I’ve been using a lot of apps. After taking a look at my folders of apps, I noticed that I’m missing the fun ones. Games! Recently I had a chance to break away from those lists and try out a few games.

The App House is a Chicago-based mobile development company and the creators of the two gaming apps I added to my arsenal: Simon Graham and the Extraordinary Timepiece and Revz.

Simon Graham and the Extraordinary Timepiece – $1.99 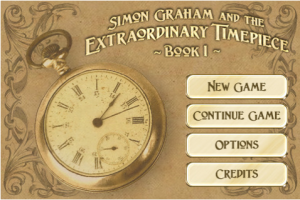 In Simon Graham, you follow 10-year-old Simon has he learns about his grandmother’s mysterious past. Upon returning home from school, he discovers that his grandmother is missing. Through riddles and puzzles, you and Simon embark on a journey to discover her whereabouts and what makes that timepiece so extraordinary.

Professor Layton fans will be hooked. While it’s capable of keeping kids entertained for hours, its riddles and puzzles are just challenging enough for adults to enjoy. The story itself kept me hooked, but the riddles, especially the math ones, made sure I came back. What can I say? I like a challenge!

If you’re a fan of puzzles and adventure, then I recommend downloading Simon Graham. And if you’re not sure if the game is right for you, a lite version is available for free.

Revz, on the other hand, provided a much different type of challenge. Revz is an arcade-style action game with really cool graphics. The gameplay is unique as it requires both motion and touch.

The first thing I did when I launched the app was check out the instructions. I normally don’t do this, but once I saw the directions were more than 200 characters, I read on. Knowing this game would be a challenge, I gave it a shot. Unfortunately, after a few attempts, I gave up. The initial phase of rotating your wrist to get the ball moving was simple — keeping it moving with only touch after the countdown, yeah, not so much.

After a conversation with The App House’s co-founder, Jeb Ory, I learned that I wasn’t the only person having a difficult time with Revz. Many people who tried it were having trouble understanding the game. Even after re-reading the instructions, I still didn’t get it. I’m not trying to talk anyone out of downloading this app, but be warned that it’s a little tricky.

The App House, instead of getting angry with the users, realized they made a mistake with Revz. They took the negative feedback and turned it into a positive learning experience. What was learned?

I really loved that Jeb took the time to talk with me about Revz. They’re still a fairly new app company, so I took the opportunity to ask him what advice they’d share with other aspiring indie developers:

Tip one: Content is king. A great app, properly marketed, will always outperform an average app. But even if you think you have a great app, make sure other people–those you don’t know, or who will give you honest feedback–can pick up and play or use your app easily. It needs to pass the “no instructions” test… Cause app users don’t like to read instructions! The best games have instructions integrated into the gameplay–Doodle Jump comes to mind–so people are forced to learn the rules as they go.

Tip two: Listen to you fans. In Simon Graham, we listened to our fans, who asked for help solving some puzzles. For some people, the math puzzles we use are very hard. So we added a “skip function.” This update has helped players skip certain puzzles they find challenging… With this addition, we showed our fans we were listening to them, highlighting our commitment to the Simon Graham franchise.

So they didn’t hit a home run with Revz, but that doesn’t mean it’s not worth trying. If you’re up for a challenge and understand the laws of physics, give Revz a shot! What I like the most is that Revz was an interesting learning experience for the team at The App House. I’m more likely to try out their other apps, which are currently under development, because of how they responded to the feedback from Revz users. They didn’t get angry or blame it on other successful gaming apps, but instead they’re working hard to take the lessons they learned and apply them to their new apps. Kudos! 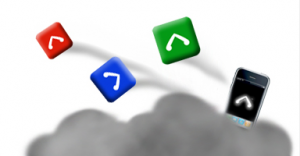 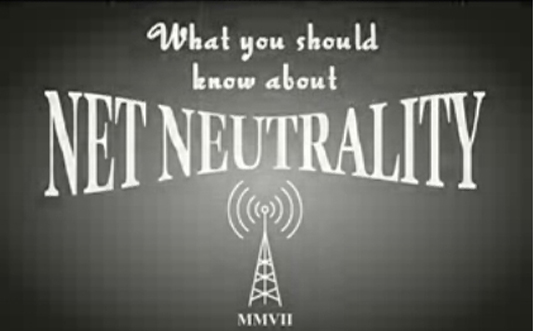 Why you need to be Really Mad, Right Now, about Net Neutrality (1789 Style)