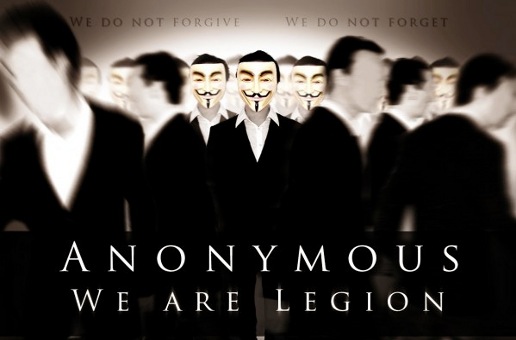 Leaderless hacker collective Anonymous has vowed to carry out online attacks on a weekly basis, in opposition to proposed internet regulations including the Anti-Counterfeiting Trade Agreement treaty.

“We are already sitting on dozens of unreleased targets,” an Anonymous-affiliated individual told Wired on condition of anonymity. “Yes, each and every Friday we will be launching attacks… with the specific purpose of wiping as many corrupt corporate and government systems off our internet.”

The new wave of attacks, which hackers kicked off with a campaign against several web sites run by the Federal Trade Commission, is being carried out under the banner of #FFF, or “Fuck FBI Friday.” Wired‘s Quinn Norton noted that the FTC was an unintuitive target, as it has had no role in ACTA negotiations.

The group has come to be associated with Guy Fawkes masks, in a nod to the popular graphic novel V For Vendetta.

Anonymous has taken responsibility for increasing quantities of activism-aligned web activity during the past year, including attacks against the Department of Justice, CBS and the law firm that defended Sgt. Frank Wuterich, the marine implicated in the Haditha Massacre. The group has also threatened to cause widespread disruptions to the web in an event called Operation Global Blackout, scheduled for March 31.

The loose-knit group has emerged as a significant player in world politics and activism. On Wednesday, hackers associated with the collective defaced the Greek Ministry of Justice web site, replacing it with graphics and a message the International Business Times called an “ominous call to arms.” The vandalism was carried out in apparent solidarity with activists in Greece who oppose austerity measures in the Mediterranean nation intended to avoid a default on debt obligations.

And not for the first time, the U.S. government is taking notice. NSA director Keith Alexander has warned during private White House sessions that the group could gain the ability to bring about power grid outages within the next two years. Anonymous spokespersons expressed bemusement at that claim, but took the opportunity to draw attention to the Cybersecurity Act of 2012, a controversial bill that has already met with resistance from the IT community.

The idea of comparing Anonymous to groups like al Qaeda worries some commentators. In an Atlantic post titled “Who Do You Trust Less: The NSA or Anonymous?” senior editor Alexis Madrigal wrote that the “overheated [NSA] cyber rhetoric reminds some of the way the Bush Administration used yellowcake uranium in the lead-up to the Iraq war.”

What Are The 3-D Printing Youngbloods At Formlabs Working On?