AngelList has already become the primary place online for startups who are raising early rounds to promote their progress and network with potential investors. Earlier this year, AngelList launched their Done Deals page that revealed the online community’s impressive statistics to date: 981 deals and 38 acquisitions. Now, AngelList has evolved to become the end to end solution for startups who are raising money by offering a new feature that helps founders close deals on the site with just a few clicks.

The feature is called AngelList Docs. According to the AngelList site, Docs includes “a beautiful term sheet, automatically-generated closing documents, and tools to manage the process, including gathering electronic signatures, gathering wire information and generating PDFs”. It was developed with help from Ted Wang of Fenwick & West, as well as Todd Carpenter and Rachel Proffitt of Wilson Sonsini Goodrich & Rosati. Docs also includes modified documents that were originally developed by Buddy Arnheim at Perkins Coie, and general legal feedback was provided by Eric Goldman and Eric Benisek. 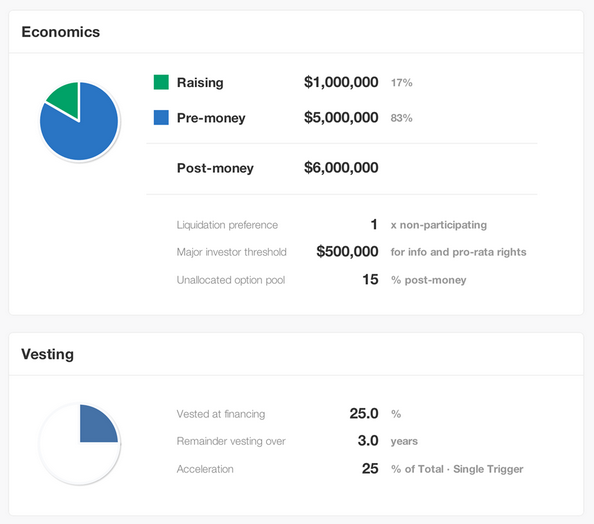 Wilson Sonsini Goodrich & Rosati has offered to close rounds for free for qualifying startups, although any firm can use AngelList Docs. To qualify for free closing, Wilson Sonsini Goodrich & Rosati must take on the startup as a client and provide corporate counsel to the startup. Buried in the AngelList Docs FAQs is a note by AngelList cofounder Babak Nivi that states, “things that are unique to the closing are free. Everything else is not free, including any state or federal fees. This should save you $3k-$20k in legal fees”.

Right now, startups will have to apply to gain access to this new feature, and they must be incorporated in Delaware. Also, Docs is only available for seed rounds, not Series A or subsequent rounds. AngelList is planning on releasing the Docs feature at some point, but it will remain in limited release for the near future. So far, AngelList notes that Lookmark and Cucumbertown have tested Docs to close their seed rounds.

Some commenters on Hacker News have noted the similarity of AngelList Docs to Clerky, a startup that facilitates the sale of convertible notes. Now, it seems like Clerky is in for a bleak future thanks to AngelList incorporating their entire business model into the AngelList community.

This new feature is a natural evolution of a product rollout for the AngelList community. Thanks to the network effect the AngelList has built up since the launch of the site, offering a way for investors and startups to close rounds from within the community makes perfect sense.